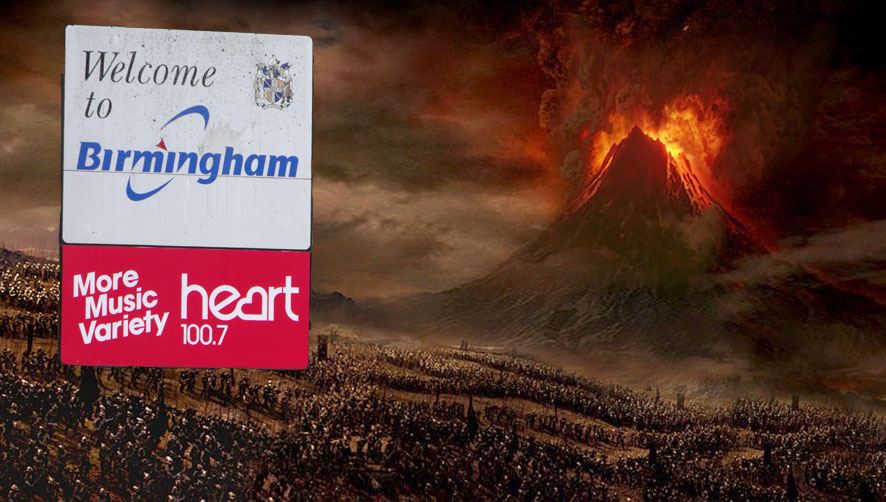 I’m here to explain why people who love Birmingham should not celebrate JRR Tolkien’s residency in our land. In fact we should do the opposite: ignore the hell out of him and his deluded fans. 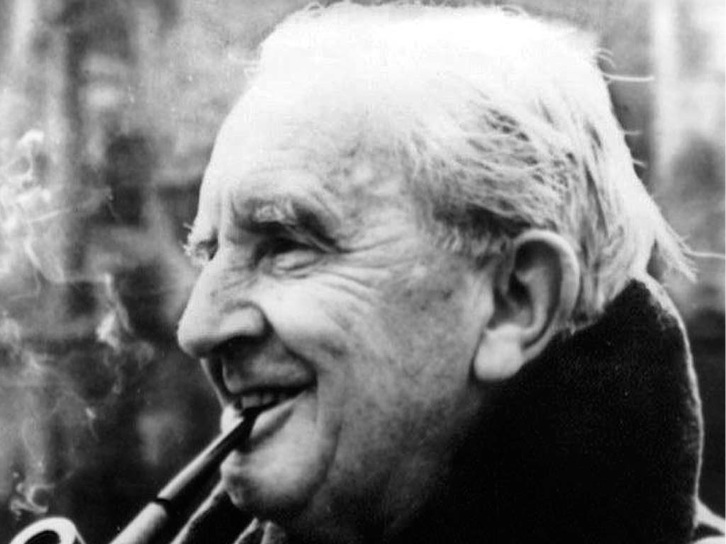 Like many products of the British Empire, Tolkien was born in a colony, specifically “on 3 January 1892 in Bloemfontein in the Orange Free State (now Free State Province in South Africa).” He moved to Birmingham three years later when his father died and his mother moved in with her parents in Kings Heath. So he’s sort of an immigrant. Which isn’t a problem as many of the best Brummies are immigrants. But let’s not say he was born here, please.

After a retirement in Bournemouth he died in Oxford on 2 September 1973, at the age of 81, and is buried there in Wolverton Cemetery.

The chronology is as follows

You could argue he spent his formative years here but it’s pretty clear he fucked off as soon as he was old enough and never came back.

4. Sarehole wasn’t part of Birmingham when he was a kid. 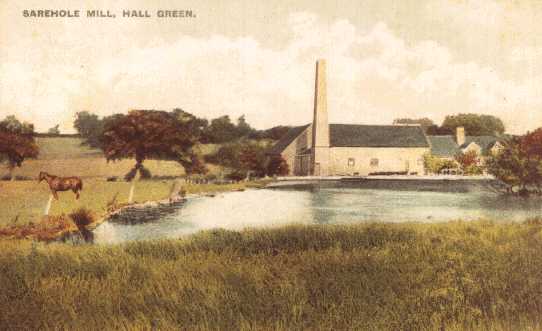 These days Sarehole is part of Hall Green, a district in South Birmingham known for, um, suburbia, mostly. There is a place called Sarehole Mill but Sarehole as a place doesn’t exist anymore.

In fact Sarehole wasn’t a town or even a village but a hamlet, so Tolkien really grew up in the countryside. Lots of green fields and wide open spaces outside of the Birmingham city limits. 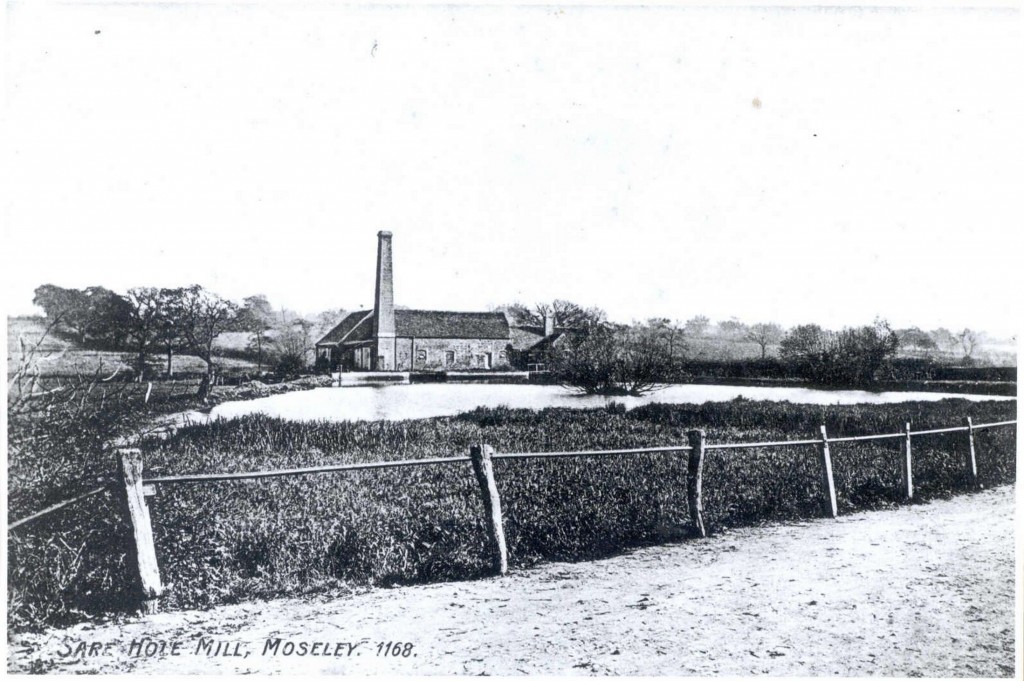 It’s worth noting that Sarehole Mill isn’t important because young Tolkien saw it from his bedroom window and imagined midgets worked there. It’s important because it was once owned by Matthew Boulton, one of the pioneers of the Industrial Revolution and leading figure of the Lunar Society.

Here’s another couple of maps in a GIF, one from before Tolkien came to the hamlet south of Birmingham and one from after he left.

You’re Tolkien. You grew up playing in the fields and woodlands of England’s green and pleasant lands. And then suburbia comes along and pretty much ruins everything. That’s got to hurt.

In the Lord of the Rings, the wizard Saruman was originally a good wizard like Gandalf but was corrupted by the desire for power. He lives at Isengard, in a big old tower surrounded by trees next to an old forest. In order to breed and arm his army of orcs he cuts down the forest and industrialises the area.

Birmingham and the Black Country is the birthplace of the Industrial Revolution. From the early Victorian era to the mid 20th Century, Birmingham grew at a rate never before seen. The countryside was crushed by its march.

7. Tolkien was an anti-modernist.

Birmingham is a modernist city. The motto of the city is ‘Forward’ and it relentlessly demolishes its history in order to build for the future, presumably with that hammer swinging out of the top of the coat of arms. 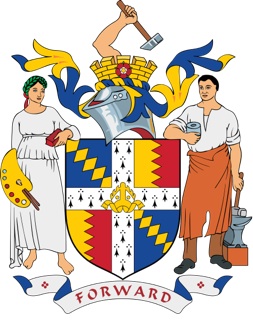 Tolkien was a professor of Anglo-Saxon at Oxford, a city which is all about reflecting on the past.

In the Scouring of the Shire, not content with the Isengard metaphor, Tolkien has Saruman destroy the home of the hobbits while they’re away saving Middle Earth. The summary on Wikipedia is quite telling (my emphasis):

Saruman’s agents — both Hobbits and Men — have already taken it over and started a destructive process of modernization. Saruman governs the Shire in secret under the name of Sharkey until [..] Frodo and his companions return and lead a rebellion, defeating the intruders and exposing Saruman’s role.

So, while the good guys were down south fighting the orcish hordes (and let’s not go into that particular metaphor…yet), hobbits and men were modernising the shire, presumably installing terrible things like sewers and transport networks and electricity and hospitals and other horribly ‘destructive’ things. But it’s OK because Frodo and his luddite chums lead a rebellion and undo progress. Somehow.

Birmingham is rightly proud of its role in dragging the lives of normal working class people into the 20th century. Tolkien wished we could go back to living in holes in the ground.

About a decade ago there was a campaign to erect a statue in Moseley (near Hall Green) in honour of Tolkien. It was to be a giant Ent. 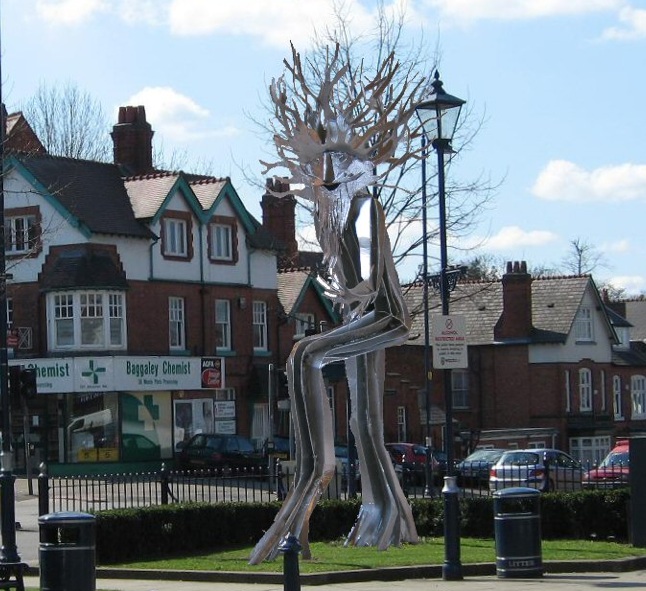 Because the best way to pay tribute to a man whose life’s work was in opposition to industry and in favour of nature would be a metal tree. Tolkien was all about the metal trees.

Nobody involved seemed to see this. Thankfully the project appears to have been abandoned, but do we really want these people having a say in Birmingham’s heritage? 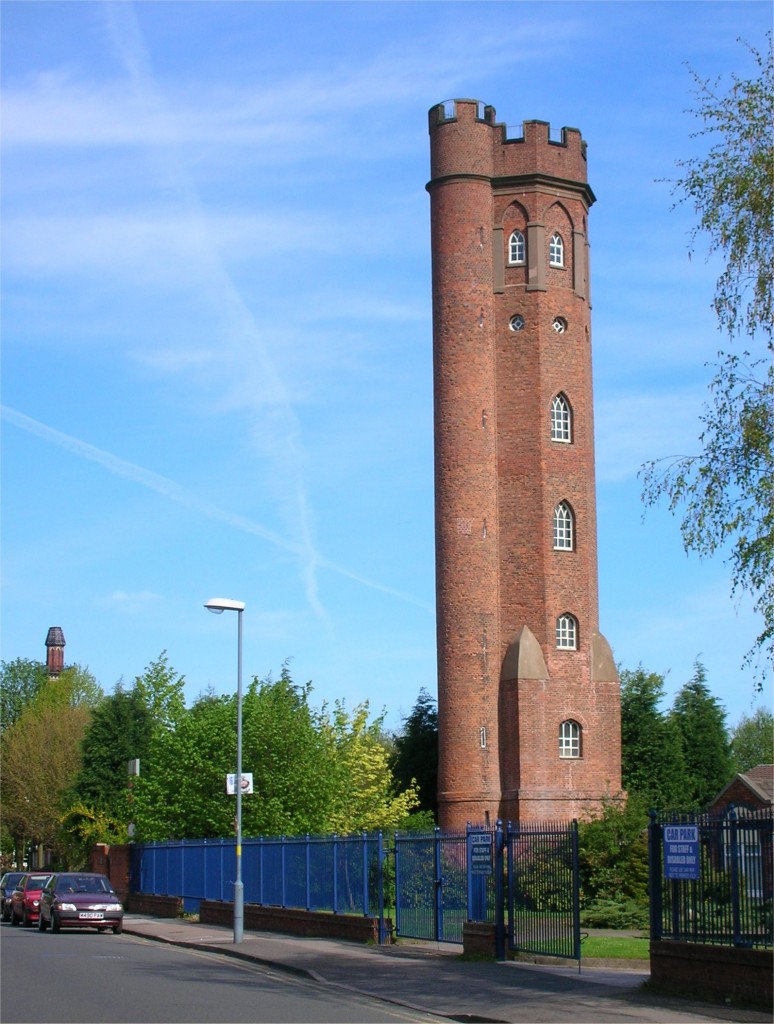 One piece of ‘evidence’ for Tolkien being inspired by Birmingham is that there happen to be two fairly tall towers in the area, Perrotts Folly and the Edgbaston Waterworks, and Tolkien must have seen these and imagined a wizard living in one and an evil malevolent eye living in the other. But the title The Two Towers was a fudge required by the publisher to bind up what would have been books 3 and 4, The Treason of Isengard and The Ring Goes East.

“The Two Towers gets as near as possible to finding a title to cover the widely divergent Books 3 & 4; and can be left ambiguous” he said, so effectively the title means nothing.

And while I’m not an expert on Oxford’s towers, I’d be amazed if there weren’t a few dramatic looking ones here and there.

Sure, they’re popular, but that shouldn’t mean anything. Dan Brown is popular but I doubt his childhood home bangs on about it.

How he builds a whole world from scratch is impressive, but then so is the Dungeons and Dragons manual. Weaving it into an exciting and readable story is the trick, and Tolkien was terrible at that. He’ll spend ages describing some tedious scene and then casually mention something exciting that happened somewhere else. It’s no wonder Peter Jackson had to tear his continuity to pieces into order to build narrative tension. Tolkien could create a language but he couldn’t tell a story.

11. He didn’t do anything for Birmingham.

Most of the people we celebrate here invested their life in making Birmingham the place it is today. Take Joseph Chamberlain, mayor of Birmingham a couple of decades before Tolkien came here. Chamberlain did a lot of things for Birmingham. He sorted out the gas and water supplies and cleared the slums dramatically reducing the death rate in the city. Schools, swimming pools and libraries were built and Birmingham became a beacon of progressive hope leading the way out of Victorian hell and into the 20th century.

It’s interesting to note this description of Chamberlain from Wikipedia:

The mayoralty helped make Chamberlain a national as well as local figure, with contemporaries commenting upon his youthfulness and dress, including ‘a black velvet coat, jaunty eyeglass in eye, red neck-tie drawn through a ring’.

A single eyeglass? A ring? Remind you of anyone?

As noted before, Tolkien fucked off to Oxford as soon as he was old enough and wrote a book where evil people go about modernising things. 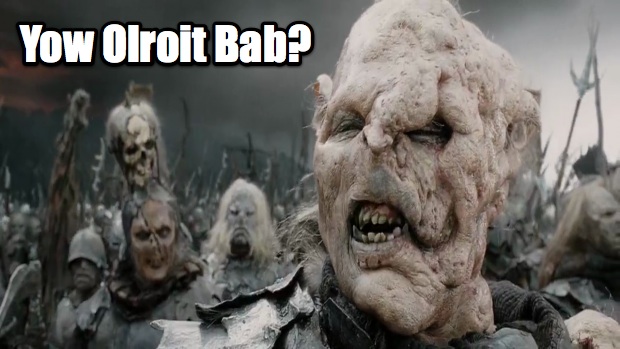 In the films the Orcs have Larndon accents, but you could easily imagine them having a Brummie or Black Country twang. They’re products of industry, literally in the case of the Uruk-hai, scarred and filthy from the fire pits of Mount Doom. They are the workers Tolkien would have seen leaving the factories on his trips to the city – creatures from a world far removed from his pastoral idyll.

The Hobbits speak with a broad west-country burr (‘Master’ Frodo aside). Wikipedia says “Tolkien depicted hobbits as fond of an unadventurous, bucolic and simple life of farming, eating, and socializing” which possibly underestimates how much work is involved in farming, but we’ll let that slide. They are most definitely not connected to industry in any way.

Birmingham and Brummies owe everything we have to industry. We are an industrial city, from the motorcar to the ‘thousand trades’ of legend.

Tolkien cast us as stinking, dirty Orcs in service to evil.

Fuck you too, Ronald.