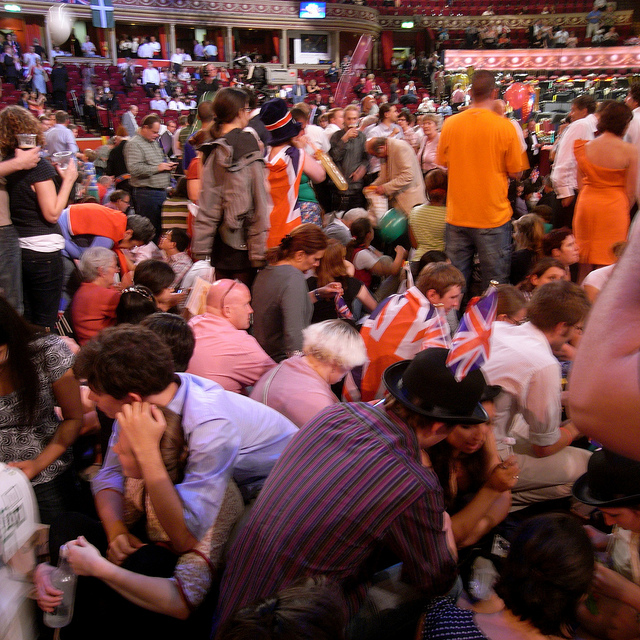 As the orchestra parps, the squiffy toffs bray, and the BBC commentators struggle with pitching their insight towards an audience that pretty much only wants to watch for the 1812 Overture, please remember to direct some of your swelling pooterish patriotism towards Birmingham. For without the global city there would be no local musical pride.

The Proms were launched in 1895 by some people in London, but they were not the first regular musical festival season, not by a long way. That may well have been the Birmingham Triennial Musical Festival which pre-dated the proms by over one hundred years.

That first music festival in Birmingham, held over three days in September 1768, was to help raise funds to complete the new General Hospital on Summer Lane. It took another event ten years later in 1778 to achieve the funds to open the hospital in September 1779. A further five years on, in 1784 the performances became the Birmingham Triennial Musical Festival, and after calling it that they decided to run it every three years.

It was so bloody popular they built the Town Hall (in 1834) to house it, and it took the War to End All Wars to end it. But that spirit lives on, every September: with added plastic Union Jack bowler hats.

And the Last Night of those proms wouldn’t be the same without the Pomp and Circumstance of one Edward Elgar who was Professor of Music at the University of – wait for it… – Birmingham. He wouldn’t be where he is today without the city or its musical ambitions, four of his major choral works were commissioned by the Birmingham Triennial Music Festival.

Birmingham, land of hope and glory.