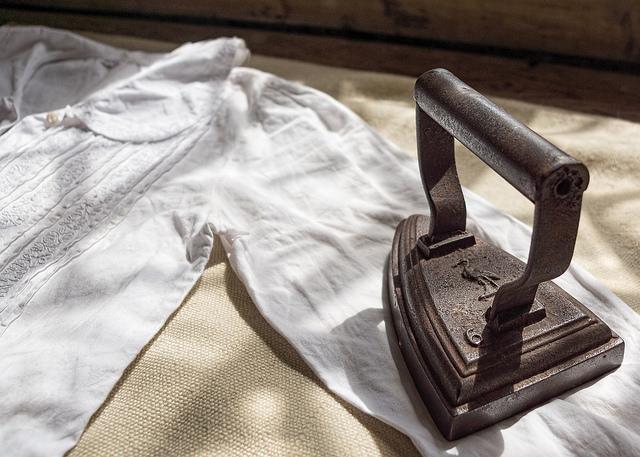 Back in the days before anything was open on a Sunday, the gentleman of the house would repair to the local hostelry and return home pie-eyed at about half past two. He’d then sleep off the roast dinner in an armchair, before it was time for That’s Life and then bed.

For his adoring wife there was but one thing to do: iron his clothes for the week ahead in front of a black and white film. As Bette Davis wept to a finale, the shirts would pile up neatly folded on the sofa. And this picture of everyday sexist bliss was brought to you by the city of Birmingham.

In 1722 Richard Baddeley, an ironmonger of this parish, patented a method for casting wheel streaks and box irons. Whatever wheel streaks are is best left to history, but a box iron is a type of clothes iron the base is a container, into which are put hot coals or a metal brick to keep the iron hot.

Before this they were wrought by hand, not so smooth, and prone to causing all sorts of snagging, causing frustrated wife, causing mild cursing, resulting in rousal of a snoozing husband. And that would never do. Not until it was time for at least Songs of Praise.

Birmingham: cause of domestic bliss since 1722.