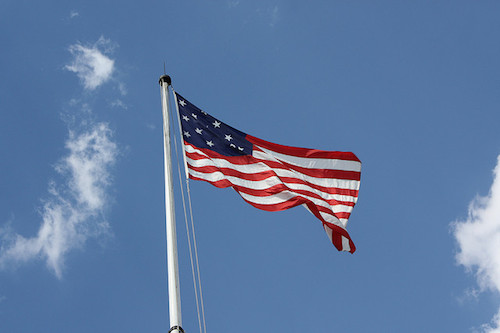 Oh, America. Hamburgers, Hot Rods, hanging out at the mall, Rock & Roll, Fox News, an out-of-control culture of gun violence. You’ve come a long way since you were a just another undiscovered continent of perfectly happy indigenous tribes.

Your star may now be on the wane, but you won’t find many people who will disagree with the notion that the 1900s were very much the American century. It was then you grew so strong, so big, and so quickly, that your power was undeniable. Culturally, economically, militarily – there was no-one to touch you. You even reached for the stars and lassoed the moon. Well done, America.

There are some who may argue that your rampant success was built on the foundations of your early life as a colony of Britain. After all, it was the British who gave you your language, your ingenuity, and your pioneer spirit. But to claim this stellar rise to success was the result of British intervention would be tenuous, to say the least. No, in truth, it wasn’t until you struck out on your own and decided to make a fist of it that you truly realised your potential.

How did you take those first steps? And, once on that road to freedom, what informed the creation of your culture? What enabled you to become the dominant nation of the world?

Well, America, your history books may not tell you this but it was, as it happens, the city of Birmingham.

Two of your founding fathers, Benjamin Franklin and Thomas Jefferson, got their revolutionary ideas and zeal from their involvement with Birmingham’s Lunar Society, the ad hoc collection of political, economic, mechanical and cultural minds that formed in the city in 1765 and which managed, through a process of free-thinking, a spirit of open-mindedness, and a middle finger firmly raised in the direction of the status quo, to pretty much invent the modern world that you eventually dominated.

From their visits to Birmingham in the 1700s, Jefferson and Franklin took this free-wheeling spirit and a belief in the right to free assembly back home with them. To defend this right, they wrote into your constitution the right to bear arms. There would be no arms to bear if not for us, for it was here, in Birmingham, that the guns, and the hand grenades, and the nuclear missiles that are variously used (or not used) in the defence of freedom, initially came into being.
Your first great export to the world was cinema (impossible without Birmingham), through which you invented the teenage rebel who shocked square society. The rebels rode motorbikes (a Brummie innovation) in the 50s, and rode them still as they evolved into the counter-cultural hippies of the late ’60s (channelling that Lunar Society vibe once more). Far out, bab.

Those hippies then cut their hair and started working in the banks (another Brummie invention) that became economic powerhouses, whilst your manufacturing processes took the (Brummie) innovations of the Industrial Revolution to hitherto unseen levels of growth and efficiency, which in turn created the disposable income that your brands, such as the carbonated (yes, that’s right) Coca Cola, successfully fought over on their way to conquering the world.

By the early 1980s, it was all over – there was truly no-one to touch you. And it is surely no coincidence, either, this at around this time you took (Birmingham’s) Duran Duran to your hearts in a way that we never could, and thus the baton was passed and the process of your Brum-inspired rise to global prominence was complete.

If you’ve ever wondered why you instinctively treat Ozzy Osbourne like royalty, now you know: It’s in the genes.

So, America, on 4th July next year, raise a glass to your hometown, and don’t forget the high foive.