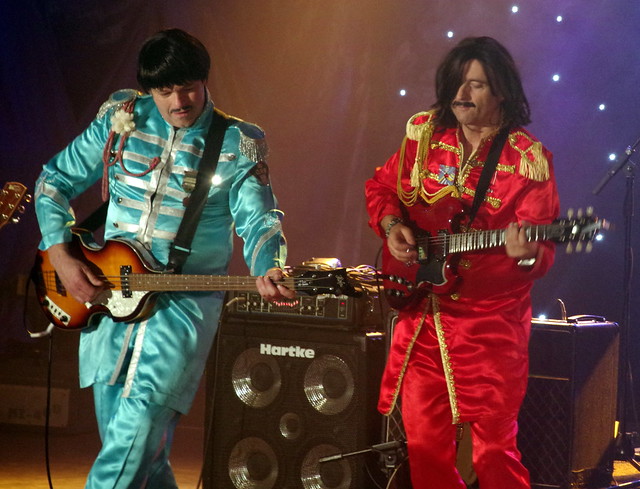 The Beatles, when they started, were not much more than a bunch of pretty boys with guitars. And guitars were going out of fashion. They got popular, but may well have slunk out of cultural history in the same way as, for example, The Applejacks – if it wasn’t for Sgt Pepper. Routinely named as the greatest album of all time in every list known to man the real glue that holds this album together is not George, Ringo, John and Paul’s playing, writing or vivid imagination but the Brummie legend that is the Mellotron.

Made by Bradmatic Ltd of Aston, Birmingham, The Mellotron was an odd looking contraption that chimed with Brum’s long held unofficial title of ‘A city of a thousand trades’ by being the first instrument of ‘18 sounds’ greatly expanding the possibilities of musical hippies, svengalis and The Moody Blues, the world over.

In a complex operation that could only have been conceived by the genius minds of Brummies exposed to the daily intake of the fumes of the HP Sauce factory across the road, The Mellotron allowed musicians to have 18 ‘instruments’ at the touch of their fingertips. Their right fingertips, on the right keyboard had lead ‘instruments’ like strings, flutes and brass and the left fingertips, on the left keyboard had pre-recorded musical rhythm tracks in various styles.

This was a whole new world for music visionary Mike Pinder of The Moody Blues who happened to work at the company (now called Streetly Electronics) and would pave the way for Mike to create smash chart toppers like ‘Nights In White Satin’.

But Mike was not only interested in creating overbearing and bombastic songs for him and his mates, oh no. He wanted the Mellotron to usher in the Summer of Love, free sex and drugs and the ultimate destruction of the The Moody’s nearest, and greatest, rivals for world pop domination, The Beatles.

Mike introduced Lennon and McCartney to the wonders of the Mellotron, impressing them with tales of how Peter Sellers, L.Ron Hubbard, King Hussein and Princess Margaret all owned one and how they would gather their respective families around them and amaze with the weird sounds they could conjure up in the name of art.

Suitably impressed The Beatles bought one not wanting to be left behind in the ever increasing influence of the Mellotron Musicians Circle. They dabbled with the Mellotron on the little ditty ‘Tomorrow Never Knows’ from the Revolver album before accepting the inevitable and wholeheartedly committing to using it on their next lp, Sargent Pepper’s Lonely Hearts Club Band, more commonly known in pop circled as Sgt Pepper.

The mellotron is notable in its use on ‘Strawberry Fields Forever’ and ‘Lovely Rita’ but it was the freedom to experiment that was to be the Mellotron’s greatest gift to The Beatles and Sgt Pepper ushering in the Summer of Love and the explosion in psychedelic rock music (as well as continuing to use it themselves on The Magical Mystery Tour and White albums).

Seeing the success that the Mellotron had brought for the likeable, although by now slightly grizzled, Scousers, rock stars from across the world looked for some of that Mellotron magic to be sprinkled on their otherwise dull music.