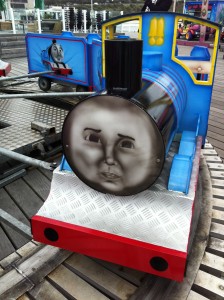 Railway enthusiasts get a bad press. If it’s not the anoraks, glasses, and spots it’s the destruction of the Tory countryside in order to build train lines. Or it’s—in the words of Daniel Kitson—that they “aren’t paedophiles [they] just like the look”. The clergy  get a bit of that too. For all their good works, you might keep your nippers away from Catholic ones.

Luckily this particular tale of Brummie greatness features an Anglican cleric and ‘railway enthusiast’ who did something brilliant for kids: Wilbert Vere Awdry, better known as the Reverend W. Awdry who invented Thomas the Tank Engine.

In 1940 he became curate of  St. Nicholas’ Church, Kings Norton, Birmingham  and it was there in 1943 that he invented the characters that would make him famous—to amuse his son Christopher during a bout of measles.

The rest is Beatle-flecked history, which in some way exists in a combined Birmingham:based fictional universe. Sodor, Mordor—you can just see the orcs and stuff starting their epic journeys here can’t you: 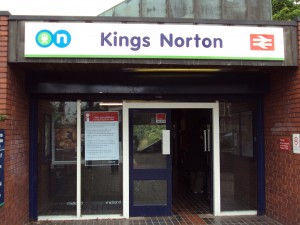