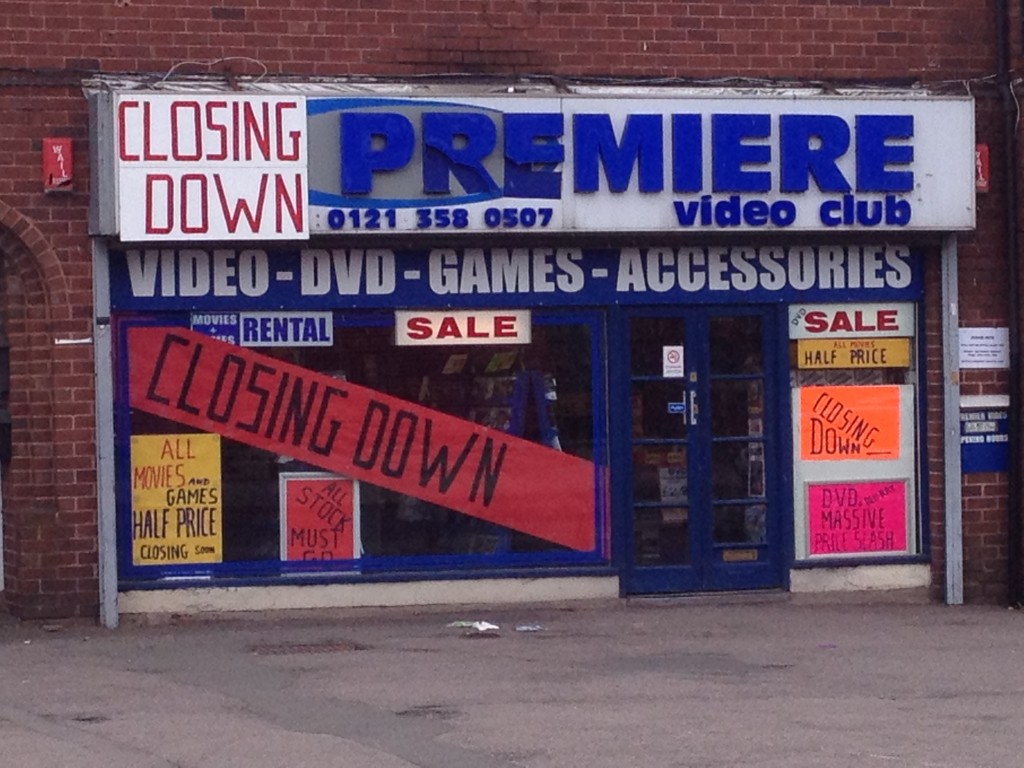 Say goodbye to the Premiere video club, Old Walsall Road, Hamstead.  This is at least the third premises for the ‘club’ along one stretch of shops on the edge of Brum—it first opened in the eighties when easy availability of ‘Driller Killer‘ and the movie ‘Shag’ (which seems to have vanished from existence) on VHS or Beta was upmost in the minds of the Great Barrians and quickly expanded.

Like the universe what expands must eventually contract, and the tapes are finally disappearing in a gnab gib.

END_OF_DOCUMENT_TOKEN_TO_BE_REPLACED

Four years ago I wrote this, a slightly hysterical but solid blog post about the film 1 Day. 1 Day is a grime musical starring actual members plucked from Birmingham’s rival gangs, the Burger Bar Boys and the Johnson Crew.

The article was written during a time where I was working in a Pupil Referral Unit in north Birmingham with kids that were gang members or vulnerable to them. The posts trepidation to the film coming out is an echo to my higher-ups absolute panic about the film which they (wrongly) thought would cause another spike in violence between these two gangs.

I eventually left the unit, and a large portion of me leaving was down to not being able to fully leave work at work, you get to know the kids and through that you are afforded small peeks into their worlds. Eventually this, and the sheer hard work it took to connect with them, wore me down.

The opportunity came for someone from PC to go watch a press screening of the documentary One Mile Away in which members of both gangs try to broker a truce through the director Penny Woolcock who became a trusted during the making of 1 Day. I couldn’t pass it up, so exhausted and still a little hungover from the weekend I dragged myself to Aston.

In a room that is normally used as a nursery I eat my chicken and drink urn brewed tea as three or four unassuming black guys mill around and press buttons on their laptops. We soon settle down and the documentary starts.

END_OF_DOCUMENT_TOKEN_TO_BE_REPLACED 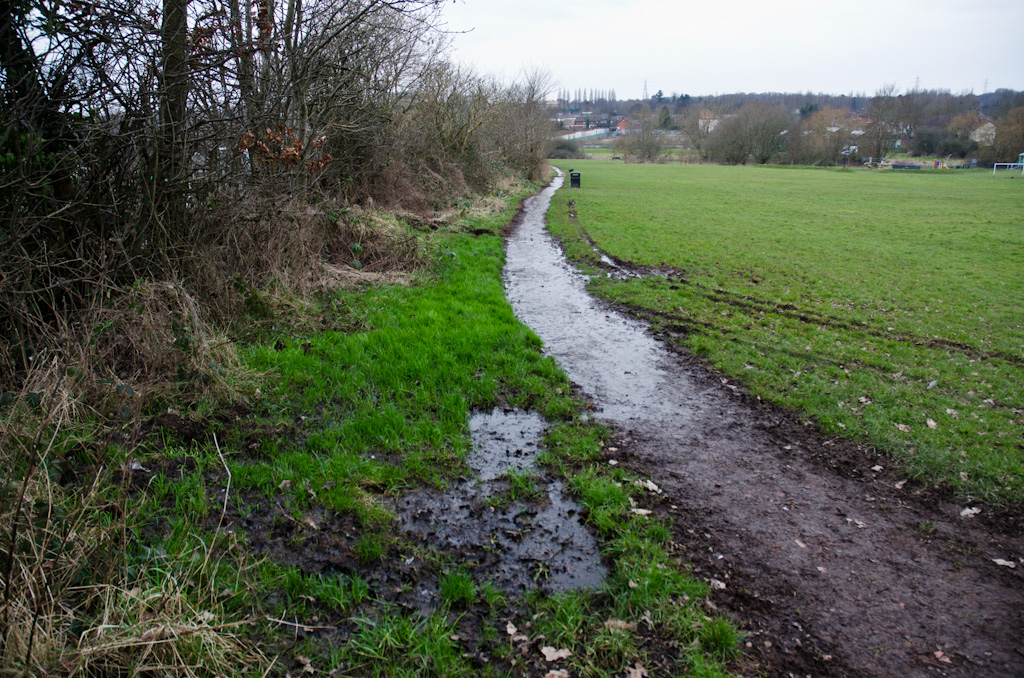 I want to tell you about a new river which I believe has emerged in Hazelwell Park, one of many minor tributaries of the Rea but one which I’m pretty sure was not so obvious last year.
END_OF_DOCUMENT_TOKEN_TO_BE_REPLACED

With the Birmingham Popular Music Archive I’ve been inviting the public to contribute to an online database of music culture in Birmingham, by placing venues, artists, people or anything they feel relates to music on a map.

The results so far were commissioned in the form of the Birmingham Music Map as part of ‘plug in’ mac‘s opening exhibition curated by Simon Poulter, more details on the exhibition are here. Here’s a shot of it in situ.

Price for framed copies on application. Please email for details.

Explore the online version, either click and drag, or use the zoom and scroll controls at the bottom:

You can still add your memories to the map, here.

Costers is closed and part of my adolescence disappeared. I’m sitting in its cultural replacement which by all accounts is exactly the same but better. It’s brighter, louder, bigger with comfyer seats, two TV screens and a pinball machine. The Costers crowd have made the migration of 100 yards to another underground bar and first impressions are good. Personally it should feel like a fresh start but I cant help but miss the ghosts. Costers was a dark run down shit hole but it had a cobweb of personal history hanging from every corner. My connection to the Birmingham alternative scene it seems was the shared fetish stick of that shit hole. I’m young enough to generate new memories – but too old to invest heavily in this scene.