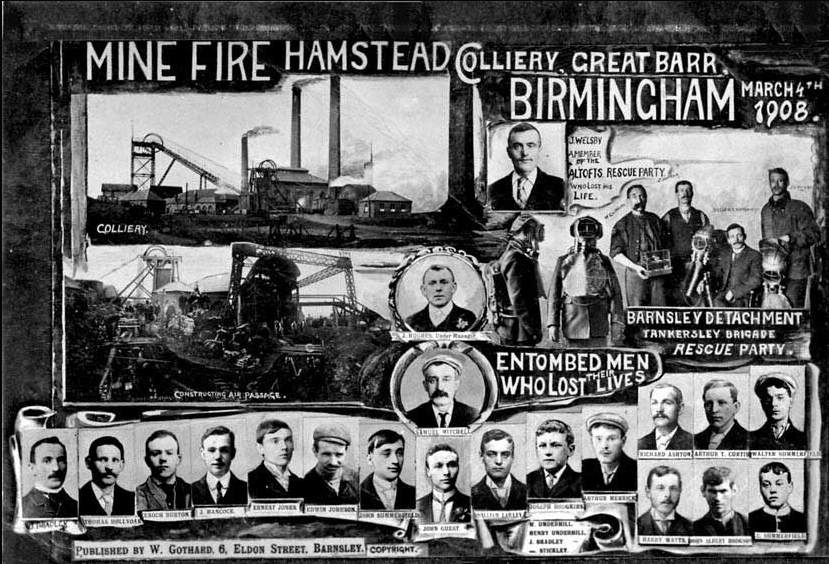 In 1908 26 men lost their lives just on the edge of Birmingham, but also on the edge of our understanding of the earth itself. Opened in 1876 Hamstead Colliery was at that point the deepest mine in the World—2000 feet down beneath the surface. Not too far from where the Aldi is now.

At this point Birmingham led the globe in the technology of digging holes in the ground, the heroic deeds of those that went down them created stories and songs and flooded popular cognition: along with fishermen, miners were the working class cultural heroes that built a nation. These miners would be the foundation of the celebration of the differences between the rich and the poor—which is the central tension in all great Great British culture.

The high point—celebrating but diametrically opposite to the deep seam miners—is 1962’s Hole in the Ground by Bernard Cribbins, which peaked at number 9 in the charts. The numerologists amongst you will have spotted that there’s a 9 in 1908, and also that 1+0+8=9 (much like how 1962’s 1+6+2=9)—that’s no co-incidence. 54 years later (54/9=6, turn that around much like the miners and Cribbins were opposite terraneally, and they were both opposed to the ruling class and you get—a 9) Cribbins punished the capitalists, puncturing them with the sharp end of his spade. He dug it round when they wanted it square, he dug it where he wanted it to be: but most of all he dug it towards those class martyrs of Hamstead in Birmingham.

Noël Coward chose the record as one of his Desert Island Discs, probably unaware of the implied class genocide in the last verse. Hole in the Ground is one piece of popular culture where the working man comes out on top—literally—and that’s a tribute the those that we lost. It’s a tribute to the courage—and digging skills—of the men of Birmingham. Together they produced a message to the capitalists—and that’s that.

The Subterraneans guided tour was developed for the 2013 Flatpack Film Festival. Exploring the Metropolis was a sub-theme of the festival that month and David Bowie had just released his album The Next Day after a decade of silence. From him I borrowed a song title to set the scene for my journey beneath the city.

It was to be my personal ‘Bowie’ moment, with tickets for the event selling out the same day. The festival office reported that every other phone call was a request to go onto the returns list for the event. The landlord of one of the tunnels we visited decreed that only 17 people, plus cameraman, volunteer and myself would be able to have access, once photo ID had been provided. ‘Inaccessible’ had translated into ‘exclusive’. Why such demand to visit dark, dripping, uninviting places? This is one attraction the city provides in freely and in abundance. The answer partly lies in the event being presented as a guided tour: someone else tests the ground, tracks down the key holder, completes the risk assessments and shoulders the responsibility. Exploring alone is lonely, dangerous and marks you as an outsider. Group solidarity defers the anxiety of becoming a marginalised troglodyte. 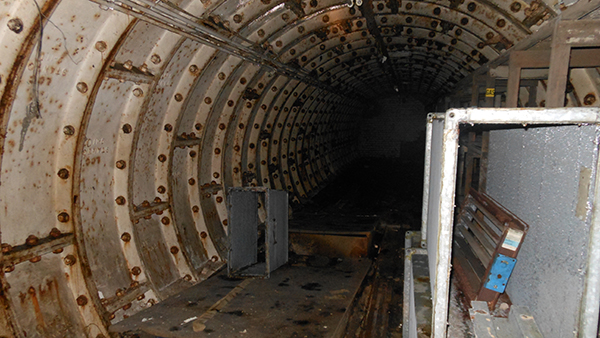 END_OF_DOCUMENT_TOKEN_TO_BE_REPLACED

Why hasn’t Birmingham got a tube? A lack of vision?

Generate your own Birmingham transport strategy with our handy tool.

Costers is closed and part of my adolescence disappeared. I’m sitting in its cultural replacement which by all accounts is exactly the same but better. It’s brighter, louder, bigger with comfyer seats, two TV screens and a pinball machine. The Costers crowd have made the migration of 100 yards to another underground bar and first impressions are good. Personally it should feel like a fresh start but I cant help but miss the ghosts. Costers was a dark run down shit hole but it had a cobweb of personal history hanging from every corner. My connection to the Birmingham alternative scene it seems was the shared fetish stick of that shit hole. I’m young enough to generate new memories – but too old to invest heavily in this scene.