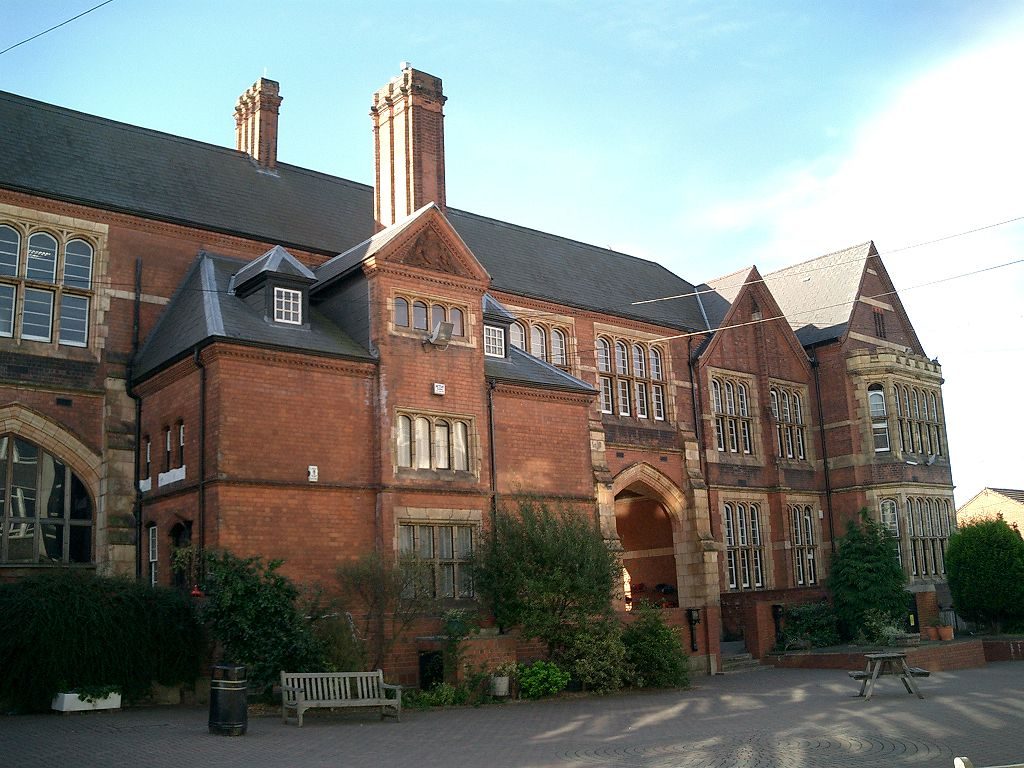 School uniforms are odd, especially for teenagers. You take the group that are producing the largest smells and the greatest number of secretions and you develop a system where they wear the same clothes every day. Shirts for two days, unless you spill something, trousers all week, blazers for a least a year. Dry clean only.

But non-uniform days are worse.

As a teenager, my eyes swelled with frustration as I didn’t know what ‘Gallini’ was, nor why everyone would be wearing it tomorrow. Without the internet, and Tower Hill library was no help on this, how would I have known?

In the end I paid a pound, for some good cause, and wore a long-sleeved Wonder Stuff T-shirt. At no point had I thought about the swear word on the back which got me in trouble, I just liked the painting of God on the front and especially the stars on the arms. I liked the Wonder Stuff, the cooler kids (although none of them were that cool, this was a grammar school after all) prefered Ned’s Atomic Dustbin. I found Neds noisy, scruffy and a bit scary. And they weren’t on Top of the Pops for me to hear, so without the internet, and Tower Hill library was no help on this, how would I have known?

What, for example, were ‘colours’? Or at least why were they the name given to the very monochrome certificates awarded to a fluctuating number of the popular kids in certain sports teams. Why did the headmaster wear a sort of cape? Why did nearly everyone come from Sutton?

Even now I find the differences hard to lay out flat. It was more than money, more than expectation, more than the experience of having people you knew who had travelled those paths before you: it was a feeling that no matter how many things you got right, eventually you would get one wrong.

If there’d been the internet, or if Tower Hill library had had a lot more copies (or any) of the literary magazine Encounter from 1954 I may have realised that I wasn’t wrong: I was just ‘non-U’.

One of the big differences between junior and senior schools was the additional amount of walking. I’ve never quite worked out why — when the rooms were almost all identical, 30 desks and chairs facing a blackboard — it wasn’t easier to move the teachers rather than the kids. But it was us that moved, so we needed bags to carry books and pens in. I’d won a bag in a competition run by the local health service a few months before I went to senior school, it was something about foot hygiene, drawing a poster about rather than having. So I had a blue adidas bag, heavy and hard plastic, scuffable and inflexible, which stood out against the dark green, multi-pocketed, Head branded tennis bags, swoosh and a dot logo, that seemingly everyone else used.

But you couldn’t have you bag with you at all times, and it was usual to leave bags under the arches between the old school building (red brick, faux gothic) and the new school building (modernist without charm). The school eventually built racks, to prevent the bags leaking like a puddle of Lynx across the path through. If my bag was out of sight I was paranoiacly nervous, if we were playing football at break I would keep making decisions to go wide on the wing for a pass so I could catch a glimpse. Other people didn’t seem to bother.

After seven years of it I ended picking a university and course pretty much out of a hat. Filling in the codes at lunchtime on the day the form had to be in, I asked someone to shout a few out. I know one was at Plymouth, although I can’t remember the course. There was no chance of me going there, I didn’t know where it was, I can’t recall the course, I didn’t understand – really – the sorts of things you could do, or the way you were meant to make the decision. I should have seen this coming: on the day after GCSE results you were asked to choose your A-levels. I had a half cocked notion about wanting to be a vet, so chose two sciences and maths. I spoke to the teacher who didn’t even register that those were palpably my worst subjects, and despite the fact he must have known they were about to get a lot harder, where as the subject I was good at were just about to get more interesting. No-one talked to be about what it was really like, nor how to make any decisions. No-one in my family had been there before. When my contemporaries were choosing universities, a lot chose the most privileged, and some got there. I didn’t know what Oxford or Cambridge were, I certainly didn’t know about the college system: so without the internet, and Tower Hill library was no help on this, how would I have known?

The Daily Mirror book of facts didn’t help. Tower Hill library had a huge number of Catherine Cookson books that my nan borrowed. It had a huge microfiche reader and no real instructions on how to use it or what one might find. I went there to do my school homework one night, biology about evolutionary adaptations. I found a book about hippos and copied something out, one of the words had an acute accent, I didn’t know what it meant and thankfully no-one asked me to pronounce it.

In the end the main thing I learnt at school was that you could find things out for yourself. The NME was where I found most stuff out. In those days it wasn’t scared of writing like it assumed you knew what it was talking about: especially that you knew what Nick Drake and Television sounded like, on acid. It was a different type of assumed knowledge: the consequences of getting it wrong weren’t a problem, you could follow the tails, hunt for the records in the second-hand racks in Swordfish, the cheap bins outside Reddingtons on Cannon Street, or in the charity shops. Or you could pretend, and lots of other people didn’t know either. When the inkies mentioned a book, you could probably find a copy – although not in Tower Hill Library – and you could sort of work it out for yourself. In school it was always more of a gotcha; speak no French at all in your first week and forever be playing a kind of wrongly-gendered catch-up, leading to a disconnection from what could be learned.

Socially too, the groups formed quickly and were only very selectively porus. Quickly on such things as which bus you caught home. There were two to Sutton for our school, one for town and one for the rest of North Birmingham. They were meant to be outside as we finished, but often they weren’t and you would be straining your eyes around the corner town house into Bevington Road hoping they would turn up. If they didn’t it was a 20 minute walk to the stop at Six Ways. There were weeks when it seemed they never did, but there was no official word and you had to make the choice for yourself.

There was hope when a cream and blue double decker swung around into the road, excitement even if it was a Timesaver with cushioned seats and headrests. They would then go up to the wasteground end of Albert Road and turn. Only as they parked would they change the number 856, 857, 858 rolling around the blind. It would often stop before it hit the Perry Barr and Great Barr route, far more often I feel than it didn’t hit a Sutton one. My stomach would sink and feel hairy inside, my hand repeatedly gripping the gnarled corners of my bus pass in my blazer pocket. The blazer that marked you as a target on the long walk, the sweat building into the armpits and the dry cleaning stretching into the distance.

I didn’t know why I was a target, and not sure even the internet would have been any help.