Jon BoundsPosted on February 11, 2015 Posted in Romance No Comments

Birmingham is the most romantic place in the world. You only have to look at the ‘love locks’ on the bridge from the back of the Mailbox to Gas Street basin to see that. They are all about permanence of affection, put there by young lovers to represent the unending commitment and ties to Capita of our city council. 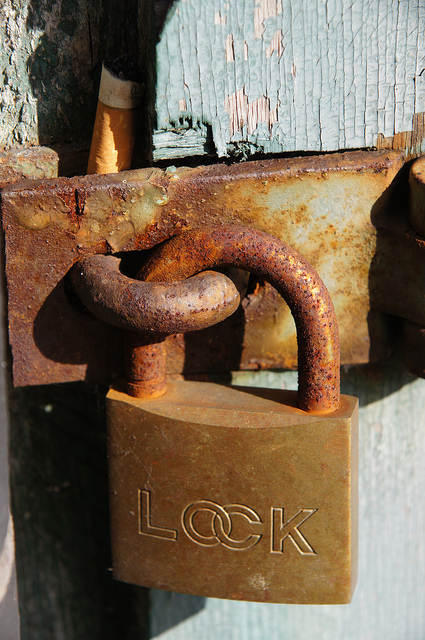 Greetings cards were popularised by a man called Cole (underling to our 101 Things Birmingham Gave the World star Sir Rowland Hill, inventor of the stamp and the post) – he pioneered it with Christmas cards, but it was Valentine’s Day cards that were really to benefit from the anonymity of the postal system. So, without Birmingham you would be forced to do your wooing face-to-face with all the intendent problems that creates (for us Brummies mostly the inability to sound sincere or sexy – known as the Mark Williams effect).

So, from poetry, through lovelorn graffiti, to the thrilling heartache of the futile gesture, Birmingham is the home of romance. Here are ten romantic moments — covering every romantic trope — that wouldn’t have got out of the starting blocks without the ‘big heart of England’.

To celebrate our love for you lonely people we’ve halved the price of the eBook version of 101 Things Birmingham Gave the World until Valentine’s Day — the lucky in love can buy the paperback as a delightful gift.

Hillare Belloc and the angst of desire

Poet and argumentlist Hillare Belloc was a funny old bugger, he spent much of his working life composing fairy tales that were even darker than usual, and professionally disagreeing with HG Wells. His mother (as we find out in 101 The Book) was Bessie Rayner Parkes a feminist author and the granddaughter of Joseph Priestley, and she made sure he grew up in Birmingham.

Bellloc’s Juliet is as aching as they come – what’s more romantic than resolving that the rest of the World simply isn’t worth thinking about.

How did the party go in Portman Square?
I cannot tell you; Juliet was not there.

And how did Lady Gaster’s party go?
Juliet was next me and I do not know.

Benny from Crossroads and unrequited love

Benny loved Miss Diane, but it was never to be. He was unbowed, always at her beck and call. His bedside manner and grasp of hipster hot beverages never better illustrated than this clip.

A couple of years ago the words  ‘I Love you Josephine’ were seared onto the walls of the city much like the bright lights of the Queensway tunnels are burnt onto your eyelids as you gaze in wonder at their lusciously private-contractly refurbished brightness.

William Shakespeare and killing yourself rather than getting over it

Shakespeare was a Brummie, or as near as dammit. And so is David Harewood, despite his (a) advertising London and (b) always speaking in the requisite low volume, low frequency, low speed voice used by actors that are showing off. The bard was the master of flowers, chivalry and teenage suicide – the three great pillars of real romance.

Some of his sonnets only scan properly in a Brummie accent, including Sonnet 18 – the “shall I compare thee to” one – which you can hear David do a bit of here (for climate change or something). He doesn’t do the accent.

Martin Shaw and throwing the kitchen sink at her

We’ve told you before, but we can’t tell you too often — Martin Shaw’s anecdote about a restaurant sink’s dodgy plumbing is sex on a stick. See our top Brummie chat up line, from a real professional.

WH Auden and just having a cuddle

“Some say love’s a little boy,” said Auden (from Solihull, actually) once — but the net is closing on those types. His most romantic poem however, is Lullaby: you can feel the warmth of lying in your lover’s arms from here.

Lay your sleeping head, my love,
Human on my faithless arm;
Time and fevers burn away
Individual beauty from
Thoughtful children, and the grave
Proves the child ephemeral:
But in my arms till break of day
Let the living creature lie,
Mortal, guilty, but to me
The entirely beautiful.

Boon (series 1-3 only) and riding off into the sunset

When your wife’s left you for a hairdresser, your garden centre is failing and your lungs are knackered due to inhalation of smoke when saving a young boy from a fire, there’s not much you can do but get on your motorbike (a BSA of course) and ride off into the sunset. To Nottingham.

Stephen Duffy and kissing you with his mouth

A romantic tip for those wanting to break the ice with women or gentlemen of a certain age, wait until the Alum Rock anthem Kiss Me by Stephen Duffy comes on in a provincial disco and then get up to dance with them. Everyone who likes the ’80s likes Kiss Me, and for some reason every one thinks that they are the only ones to remember it. Jury is out on the ‘I explode inside your kiss’ line.

Get practicing your moves.

Dame Barbara Cartland and the chase of the chaste

It turns out that Edgbaston lass and original pink lady Dame Barbara was the author of some ‘racy’ plays, one of which, Blood Money, was banned by the Lord Chamberlain’s Office. But by the time she got into the stride of her 600th or so novel there was no way of anyone getting into anyone’s strides. For Cartland it was all in the thrill of the chase, although quite slowly — as in her invention of the idea of soldiers being transported by glider, even though they were tied tightly to a strapping jet.

And to think it all ended up in 50 Shades of Grey.

BRMB and love at first sight

When Carla Germaine and Greg Cordell married at the Hyatt hotel in January 1999, they had only just met. It wasn’t a whirlwind romance, but a competition ‘Two Strangers and a Wedding‘, organised by BRMB. They were matched by a panel which included relationship counsellors and lower league football pervert Russell Grant.

They spent their wedding night in the Chamberlain Suite at the Hyatt Hotel in the bed used by Tony Blair during the G8 summit. We assume that the one used by Bill Clinton was still being steam cleaned.

They won use of a  sports car for a year and a two-bedroom apartment in Birmingham’s ‘exclusive Symphony Court development’ (no, me neither). Their neighbours included Stan Collymore, and the marriage was dogged by problems – Carla eventually going on to marry the most romantic man in Brum, Jeremy Kyle.

Hungry for more top facts about Birmingham’s place in the world? Get our book now.