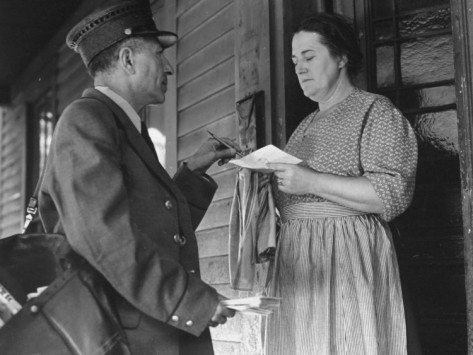 Imagine a time before always-on instant communication with everybody. Imagine a world where you had to add your seal to a document in hot wax and have a messenger run it to its recipient. By the time they got there, no-one would care just how lovely the fucking cupcake you were eating was.

That’s why we needed the post, reliable, accessible communication that was open to all, across the country and for a reasonable price. And it was all but invented by a chap from a suburb of a city not all that far away from us now.

The phrases “special delivery” and “emptying sack” are also a godsend for smut merchants worldwide, and who do we have to thank? Sir Rowland Hill,  a schoolteacher in Edgbaston and mates with Joseph Priestley and Tom Paine, wrote a pamphlet entitled “Post Office Reform its Importance and Practicability”. The report called for “low and uniform rates” according to weight, rather than distance and pre-payment by the sender.

The dude later went on to lower train fares, for that too we’d lick his reverse side.

Come back Sir Rowland, we need you.