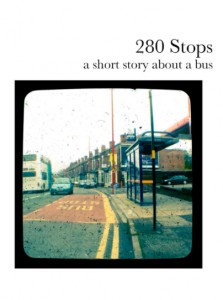 How do you find the edges of a city, the limits on its space and imagination? You could draw a map and give it borders, put one thing in, one thing out (and shake it all about). You could give it a centre and let its gravity draw people to call it home. The bigger the city the heavier the mass the stronger the pull. Keep going until its pull ends and you find the event horizon, the tipping point where we move from belonging to one place and start to belong to another, where our accents change and we have a different name for a bread roll to the people down the road.

Or you can plan a bus route, an audacious bus route that describes the outer limits. The outer circle, the edge of reason, a big route around it all. The bigger your global heart the bigger the circle you’d need. Birmingham has an outer circle, and yet it’s an outer circle that sits well within the city limits and also bleeds into other places and captures stray objects that want to be pulled into its sphere of influence. The 11 Bus runs rings around Brum and cuts through Solihull and Sandwell for good measure. Who lives on this edge? What are they doing or thinking? Last year we found out with a short story called 280 Stops – it tells the story of 11 people on the 11 bus using maths for reasons that will become apparent if you read it.

To celebrate 11 Bus Day, and to kick off a new issue of Paradise Circus in which we will pick at Brum’s frayed edge we have published 280 Stops as a Kindle ebook. Kick back, relax and ride with us.