When Jon H went to see the sparkling new Library of Birmingham for the first time he said:

Somewhere a laminator is waiting to make some signs (set in Comic Sans) to stick up around the place, to clarify functions and to formalise the new codes of the new building, the ones an architect and a designer can’t plan for.

What he meant was that the true test of the building would be when people started to really use it. We’re glad to note that it’s happening (no Comic Sans just yet). Welcome to the real Birmingham, New Library, we’re happy to have you, you’re lovely. 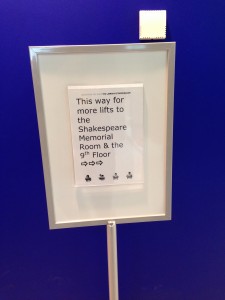 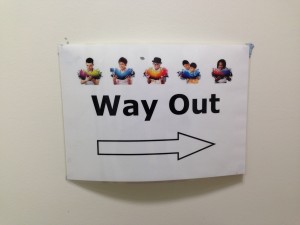 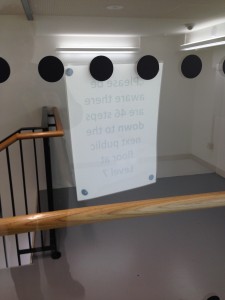 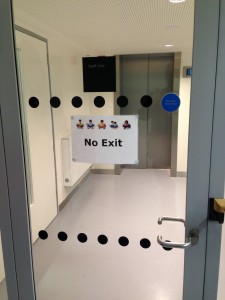 Why not take your own pictures of laminated and blu-tacked signs?