There are physical limits on the city, but what are the limits to being counted as her son or daughter?

Londoners negotiate their rights to belong through the soundscape of their districts: born within Bow Bell’s peel and you’re a bona fide cockney, anywhere else you’re just mockney. Northerners can define themselves by pies and places named after cakes. If you weren’t at the Sex Pistols gig at the Free Trade Hall then you’re not from Manchester, which is okay as pretty much everyone was there. These are complex rules and systems, and we distrust them. Of course we do for we are BRUMMIES. And what defines us? It’s not space, time, or seminal music experiences. It’s wanting to be here or from here.

It is the best kind of club: something that is worth being part of, which anyone who wants to can join, just by wishing it.

We were going to make a quiz, but then we realised you’re all too modest to tell anyone. 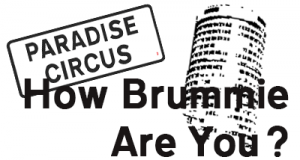 We’ve tested you and your result is:

You can be a Brummie if you want to be.