EXCHANGE DEAL GOES DOWN A TREAT WITH KRAUTS

The festive ‘German Market’ has become a popular annual event in Birmingham at Christmas, with literally tens of Brummies getting tanked up on gluhwein – German mulled wine – instead of their more usual white cider.

How many Brummies realise that the ‘cultural exchange’ is in fact two-ways? Very few, we’re sure, but it is. From late November the cream of Birmingham’s street traders have taken a Bunders-break and set up shop, er, stall in Frankfurt’s Praca-Principal.

The lucky Gerrys have been treated to ‘mulled’ Brew XI, West Bromwich Albion mobile phone covers and other Birmingham speciallities. The streets of our twin town ring out to the cries of “eeeeveeeenin mayol”, while the Frankfurters have obviously enjoyed the delights of Mick’s Meat Auction – trying traditional English delicacies, such as pork chops, instead of the more usual over-spiced sausage. 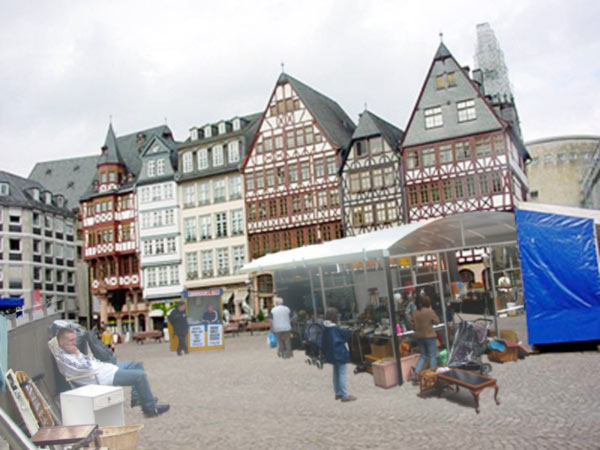 “We luv der Englisher Market” said Henirich Von Trap, 44, from Germany, “it is so quaint, ze nut centre, ze stall that sells brand name toiletries that are almost past their sell by date.”

“Zere is alzo, the street theatre that zey bring with ‘dem. My favourite iz zee scruffy woman ‘oo shouts about us needing ze “bigger shoes” – it is zo funny, because we all ‘ave quite well fitting footwear ‘ere in Deuchland.”

The Midlanders are just as happy, Barry, who is over selling disposable lighters, is doing a roaring trade: “It’s great here, we’ve done 10 boxes already this week. The Germans are just like us really, but a bit fatter and with more facial hair. I mentioned the war once, but I think I got away with it.” 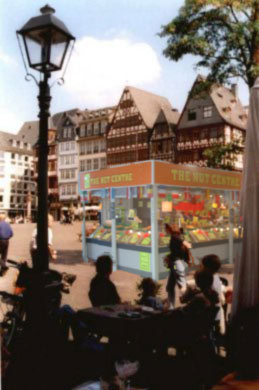 The Nut Centre – going down a treat with the sausage eaters.