(Under Spaghetti Junction)
People have been telling me that there was a beach under ‘The Gravelly Hill Interchange’ for years, and I seem to remember a newspaper article about it, but I always dismissed it as a bit of an urban myth – until now.

People underestimate Birmingham as a holiday destination, those looking for ‘sex, sand and surf’ especially – but anyone who’s seen the sunrise over Acocks Green on bin day can understand that Birmingham is God’s chosen holiday destination.
From the beauty that is Speedwell Road, to the tangy air around the HP Sauce factory , Birmingham has got something for everyone. It can leave memories that last far longer than Centenary Square’s ‘eternal’ flame.

It wouldn’t be right to begin our journey, by doing anything else than traveling into the belly of the beast via the serpentine structure that is the A38(M), woo! Narrowly avoiding a disastrous trip up the M6, we descended in to the locality, where there are a number of charming local boutiques and ‘beech cafe bars’ and decided to sample the local specialties. After a pint of ‘Ansells Mild’ and a bag of porky puffs, it was time to trek to the golden sands of Birmingham 6.

An intriguing sculpture, of romanesque proportions, columns stretching into the sky, greets us as we take a beautifully designed subterranean walkway towards our quest. An interesting aside is that the structure is said to have been built many years ago by a tribe that had no access to modern technology – so how they constructed such a complex piece of architecture is a mystery. It’s believed that the same ancient civilization was responsible for the constructing a temple, nearby, known as The Doug Ellis Stand – where locals still enact a game not unlike, but bearing only a passing resemblance to, modern day football. 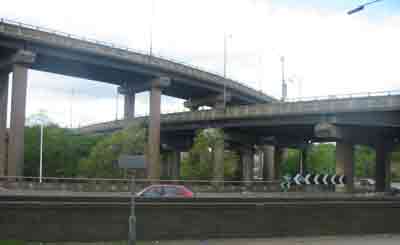 The historically fascinating cave paintings here are another main attraction, who can guess the significance of such pre-historic messages as “Kimberly 4 Wayne 4 EVA”, obviously the work of a pre-modern mind. The primitive scrawlings are said to depict fertility symbols, and rituals. Whilst the hieroglyphics, that seem to say ‘VILLA’, have no meaning to today’s, fully evolved, humans.

There it was, paradise! The golden sands, the lapping crystal-clear waters, the breathtakingly beautiful scaffolding and used condoms floating around the frame of an old bike I carefully made my way, across what is a completely unspoiled dirt track, to the wonderful natural treasure of the beach. I must have made my trip out of season because the beach, which is normally teeming with thrillseekers, was comparatively empty save for a local man who I asked for his memories of the area. I was unfortunately unable to understand his dialect, it sounded like he was asking me if I had ‘ten pence for cup of tea’, but I’m sure that it was his way of telling me to enjoy myself.

With his crys, which sounded like “Piss orf you tight bugger!” still in my ears I set off to find the best place to enjoy the long summer afternoon. 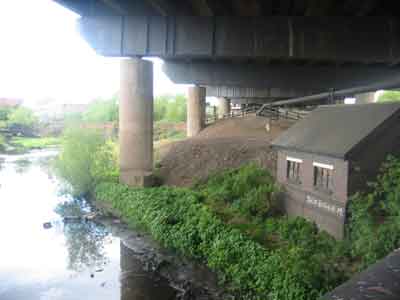 Deciding, to make base camp under this delightful palm tree. I lay down my towel and prepared to catch some rays. The sight of such an affluent tourist caused some interest amongst the locals, at least two men in the traditional dress of the area (a dirty blue overall-like garment) peered out of their portakabin. They serenaded me with a beautiful local hymn “Who Ate All The Pies”, as I settled down to relax in the unspoiled wilderness. 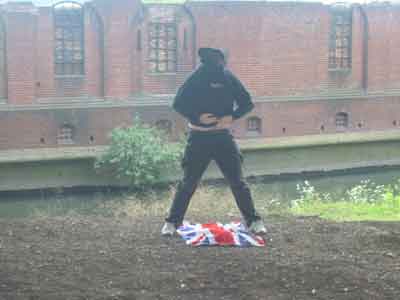 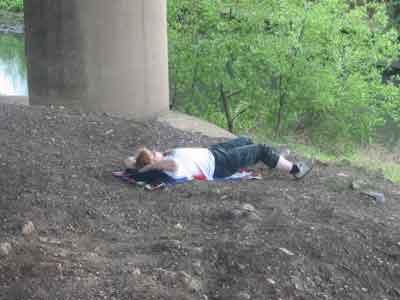 It wasn’t long before I drifted into a peaceful sleep, dreaming of Geoff Horsfield getting his first England cap. Tyres and shopping trolleys made restful splashes in the waterway, as the playful wildlife nibbled at my trainers.

I would fully recommend a trip to this fine beach as part of a longer break in the Brummagem area. Maybe you could combine it with a visit to the One Stop Shopping centre, a charming local bazaar selling Midlands artifacts like ‘3 lighters for a quid’ and lovingly handcrafted porcelain models of Laurel and Hardy (which many people will tell you once stayed at the Barton Arms). 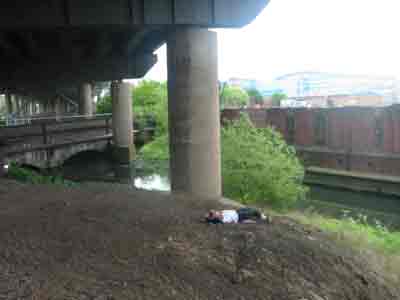 2 thoughts on “A trip to the beach”