We fancied getting a real insider’s view of the Commonwealth Games, so we suggested our Contributing Editor get in there. After failing to qualify for anything he had to get a day job, and then not give it up.

Elmore Leonard once advised that you should start a book by describing the weather, but fuck him, I’ll start what I want any which way I want.  The weather Friday was grey, not necessarily overcast, not not anything, a void of a day, rain that was that spiteful invisible mist I’ve only ever experienced in Birmingham. I literally woke up screaming the night before but despite all that I was feeling good.

The city centre these days seems smaller, blander. More like a place that people seem to be traveling through rather than arriving. Maybe there is less in it now that I want to see, or maybe the chain stores and brands just get folded on top of each other in my head to save space. There’s a lot of building work finished or in the process of finishing, between the paving slabs you can still see the sand that escaped the appetencies’ broom. It all has the furtive hurried air of someone who’s changed the sheets in case the date goes well.

The library opens earlier but at ten minutes to eleven there is a smatter of people waiting for the upper levels to open, there is a standing flag for the Jobs Fair with a man in a suit directing people. I’m here mostly because the Jon’s banged their fists on the desk and demanded “get me Commonwealth content”, but it was also suggested I go at the last appointment at the jobcentre. As I’m early I head on down to the “Book Browse” and, well, browse the books. Come eleven, I’m directed to the elevators, I head up the escalators, the man in the suit stops me

“They’re broken from the 1st floor, you should use the lifts” It takes everything I have not to quote Mitch Hedburg before setting off anyway. 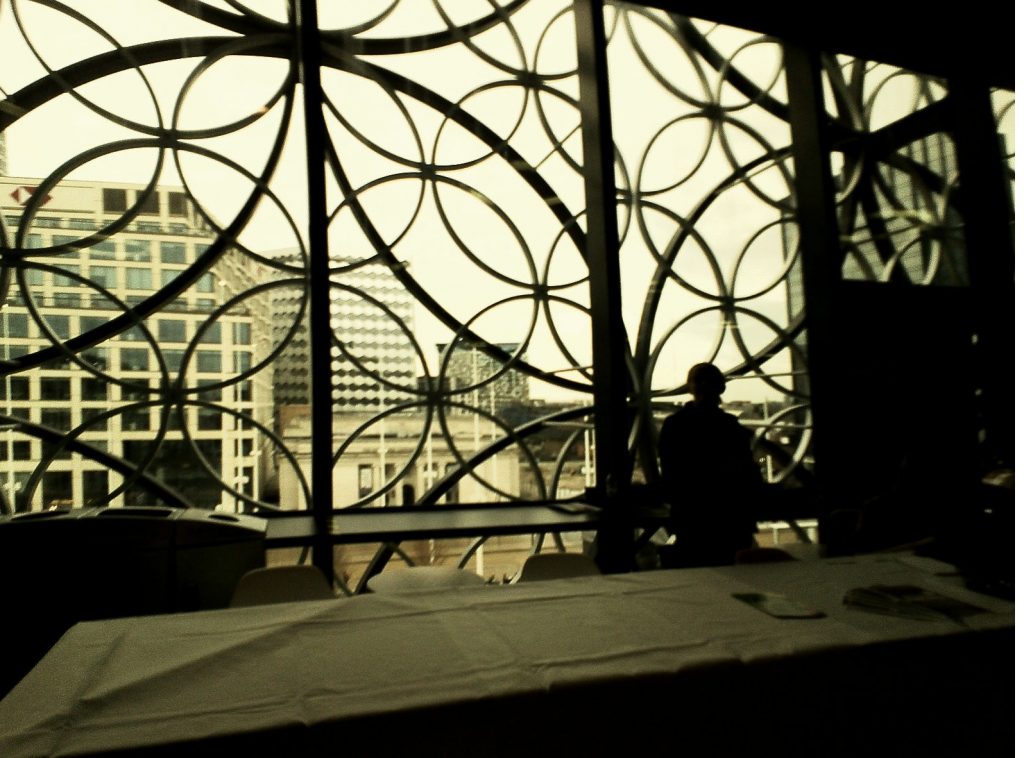 Half the second floor, or mezzanine piazza balcony, or whatever they want it to be called, is separated by a large cardboard wall, on it printed facts about the Commonwealth Games, the biggest explains what the ‘Commonwealth’ is without mentioning the words ‘Empire’ or ‘colony’ once. I read a bit about the mascot, did you know that his body is covered with hexagons because the hexagon is “the strongest shape”.

The entrance to the commonwealth games area is a pink tunnel. Shut it Frued. Again Commonwealth Games facts are printed on the walls, the events, the commonwealth itself, the venues, all get a panel 6’x10’. There are glass display cases with nothing, unattended coats racks and monitors on the walls, I’m not sure if they’re not plugged in because the techs haven’t got to that bit yet, or they just haven’t bothered for the jobs fair.

Looking at the website there are loads of jobs going including, VENUE TECHNOLOGY PROJECT MANAGER, FLEET SYSTEMS OPERATIONS COORDINATOR, VENUE COMMUNICATIONS COORDINATOR, RECRUITMENT ADMINISTRATOR, and SPONSOR SERVICES MANAGER. None of these jobs or any of the number of other legal and management positions were represented. I counted six security companies looking for stewards, a stall for temp retail workers, a couple of ladies recruiting for the catering and a woman from the University of Birmingham looking for cleaners.

The catering ladies are the only people smiling, their pitch boils down to ‘you get to get paid to be at the events and you’ll probably have a laugh while doing it’ being sure to pointedly look around the collection of black cloth draped tables surrounded by dour men. The Lady from the University Of Birmingham is nice, they’re looking to take on extra cleaners because the student halls will now be the Athletes Village. When the Commonwealth package was first announced the promise was to build 1000 new homes as a legacy project for the city. This part was the only part of the Games solely the responsibility of Birmingham City Council. After going £92 million over budget it was scrapped, deemed the only way to “de-risk” the project because of covid. So athletes will be bunking in the student digs, which is handy because if anyone knows how to manage an influx of horny young and broke strangers visiting the city it’s the halls of residence staff. At least it’s handy for the 51 which will get you to Perry Barr Stadium in about half an hour.

I then spoke to the different security/events companies. They’re all looking for stewards. Most events and venues have a ratio for guests and stewards that is deemed safe, because there are multiple events happening at the same time, all projected to be massively attended. The need for stewards and security staff is high, one company I spoke to even opened an office in Birmingham especially because of the games.

Now, twenty years ago after being sacked from my first bar job, I fell into security event work. A friend of mine was a kickboxer and through his friends he picked up work. This was back in the 20th century, ‘98 to be exact. Back then there was no such thing as security badges that door staff had to wear and it was all a bit of the wild west. As long as you had the people to fill the numbers and nobody did anything wildly stupid a company could make a good living shovelling untrained bodies into events.

Of course you couldn’t or wouldn’t get paid for two months without hassling the office to process your wages and at the entry level it could mean standing in a cold fire exit stairwell for 12hrs at a time. But the money was good, and it did mean you could get into festivals and events for free. The pay was about 8 or 9 quid an hour, bumping up to £10 if you were put on ‘the jackets’, jackets referred to the suit jackets rather than the high vis you had to wear if you were put on a VIP area. Whether you were picked for jackets was based on a number of factors, mostly if you were friendly with the supervisor running the event, but common sense was a rare and prized commodity so demonstrating that helped a lot. These days I suppose the difference between ‘stewarding’ and ‘security’ is the ‘badge’ which is the qualification that registers and background checks all the people doing this sort of work.

One guy in a purple polo shirt approached me.

“I think I recognise your face, or your hair rather.”

“Maybe,” I said, “although I do just have one of those heads.”

“Don’t worry about it, it just means I get that a lot”. He goes on to ask me if I have ever considered doing security work, I tell him about my experience already but as I do I watch myself turn into my dad, I snap back into my body before I can say either ‘in my day’ or ‘young man’s game’.

“So how much are you guys paying?”

“Well… we haven’t had the budgets from the organisers yet so we don’t know,” he’s stalling

“But you must have an idea?”

“Every job is different you see…”

“OK,” I interrupt, “how much are you paying now for equivalent jobs?”

“Well stewards get minimum wage, which will be nine fifty an hour after April, and security staff is about thirteen or fourteen pounds”.

I left shortly after.

So not a lot of choice. Three flavours of essentially the same job – you just get to choose why the member of the public is shouting at you. They can shout at you because you’ve asked them to move away from a fire exit, because they don’t like their overpriced hotdog, or because you’ve run out of the hat they want. A job that was, admittedly, well paid twenty years ago, but hasn’t gone up in pay since, at all, in twenty years. Or to get that extra five pounds an hour you can do a six day course and pay around two hundred pounds. Which means you would have to work forty hours before the pay bump finished paying for itself. It’s worth also mentioning that the minimum wage isn’t actually a living wage. That the actual living wage in this country is closer to ten pounds an hour. And that every penny you earn while on Universal Credit is taken off your payment that month, meaning the only people benefiting from the work are the employers and the government.

As fairs go, I’d give it a one out ten, and that’s only because the lady from the catering stall gave me a lollipop. As something that’s offering anything worthwhile or lasting to anyone but the council’s bottom line, it gets a zero.