You may not think a mayor of the West Midlands is a good thing.

We’re getting one on Thursday anyway.

The mayor might not yet have all the powers we need to take back that control from Westminster, the devolution deal might not be a real deal for the people of the region. But the mayor will have powers, they’ll have influence, they’ll represent you to the country and the world – and they’ll do that soon after the close of polls on 4th May.

There will be choice on your ballot paper, and the choice will be between someone on the side of central government and someone who isn’t.

Is central government policy working for Birmingham and the West Midlands? A glance around at the people sleeping on the streets, the closed libraries, the lengthening hospital waiting lists say it isn’t.

The Trussell Trust alone gave out over 100,000 emergency food parcels to people in the West Midlands in the last year: that’s not to scroungers, just to people who cannot afford to eat. We’ve seen that this includes nurses and police officers, the very basis of our society. Since the Tories took power the need for foodbanks in the UK  has gone up over 45 times – as a direct result of stagnating wages and benefit cuts, which the government are responsible for.

£650m has been cut from Birmingham City Council alone since 2010 – £13 billion (a ‘conservative’ estimate) across the region —has a library closed or gone to shorter hours near you? That’s a direct result of Tory policy.

Homelessness on the streets has doubled since David Cameron became PM and shows no signs of getting better. This weekend saw the second death of a homeless person on the streets of Birmingham, and that’s a choice that the Tory party have made.

By 2020 the Tories will have cut 15% of the funding to our WM fire service, we’ve already lost 400 firefighters under this government, can we afford to lose any more? These aren’t cuts to red tape or bureaucracy, these are cuts to the services and workers who keep us all safe and well. If your house catches fire it will take the brigade longer to reach you, it could be too late.

£126 million has been taken away from West Midlands police in the last five years. Crime is rising, and without change more cuts are to come.

Schools in Birmingham are facing disaster, one hundred million pounds will be taken from them by this government by 2020 – that could be nearly 3,000 fewer teachers across the city.

All this has come at a time that the rich have had tax cuts and the poor have had to disproportionately shoulder a rise in VAT.  Austerity is an ideological choice that doesn’t even work on the terms the Tories tell us it does (the national debt keeps on rising).

Now, Andy Street may be a nice man – we don’t know him like some do,  he won’t talk to us – but we all have to make moral decisions in life, and by running (however shyly he does it) as the Conservative candidate he has supported all of these policies. 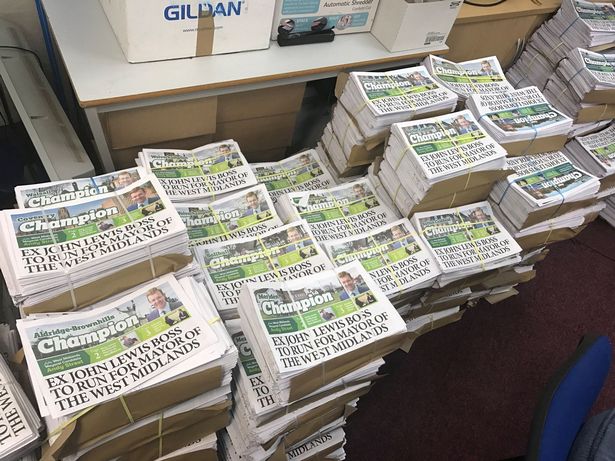 His leaflets are shy about mentioning the Tories, and with good reason, given what they’ve done to the area. But it’s in the small print, and it will be on your ballot paper, he is the Tory candidate and he’s standing up for their cuts and their ideology. He styles himself as a businessman, not a politician, but if you’re in the running to be head honcho of a region the size of the West Midlands, you are a politician and politicians represent their party.

We’re told he’s spent over a million pounds (of Tory money) to try to get this job for himself – do you not think the Tories will expect his backing if he gets it?

Andy proudly talks of his relationship with the Prime Minister, has he influenced her? Did he help her plan the later-banned ‘racist’ immigration vans she rolled out as home secretary? We’re sure not, but he’s got her backing, and presumably in power he would have her back. 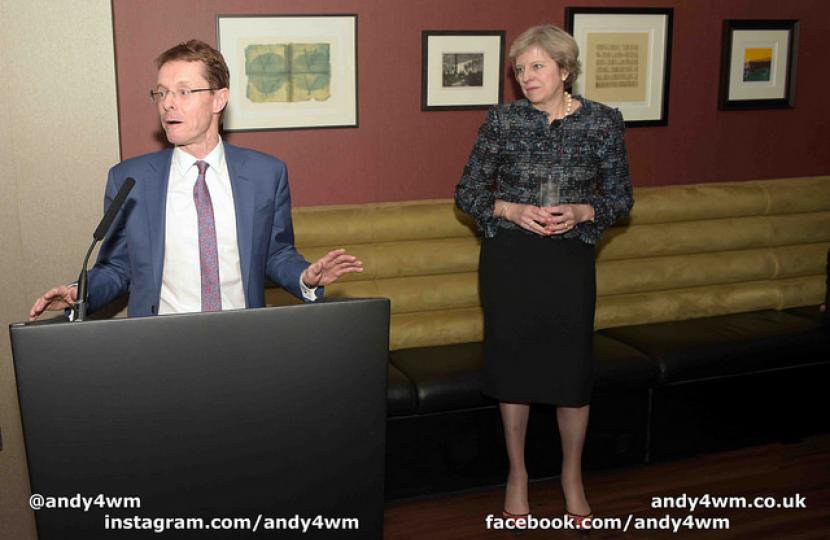 As Conservative candidate Andy Street has to stand up to questioning about Conservative policy. We hear about ‘shy Tories’ but we don’t expect them to stand one for a job leading four million people.

The polls show there are only two candidates really in with a chance, whatever the merits of the other four candidates. Anything less than a second preference for Labour’s Siôn Simon is a vote for Tory policies in the form of Andy Street.

We’re getting a mayor. A low turnout of Brummies, a people who care about each other, could mean we get a Tory one. A protest vote against the current system could be a vote for the status quo. Sitting on your hands, or sitting on the fence, is an abdication of responsibility. This matters.

Apathy is not an option, there is a choice. We have to trust Birmingham to make the right one.