Shops used to be different back then, from now and from each other. Each one had its own smell and atmosphere. Visits to Witton Road were infrequent, as the concrete shopping centre at Perry Barr was the preferred destination, but when we did go it was usually for something exciting and interesting. Turning right rather than left at the bottom of our street was quite a treat.

Each block on the Witton Road started with a larger shop, and the sides of the buildings were painted with signs. ‘Leslie Smith for Television’ read one. I never went in as we had a TV and no need for another, but it was a special shop as I’d been told Leslie Smith used to play for Aston Villa whose ground was on the next main road over. On the next corner was Dick Taylor’s sports shop. Everyone called him ‘Discount Dick’, despite the name over the door saying ‘R. Taylor’, and he too had once been a Villan. I got my first pair of football boots there, a reward for making the school team, and the place had a beautiful dark smell of rough cloth. My dad wouldn’t have taken me anywhere else as he would get a good deal there. He often bought whole kits for the football team he helped to run, and a good customer would be remembered. 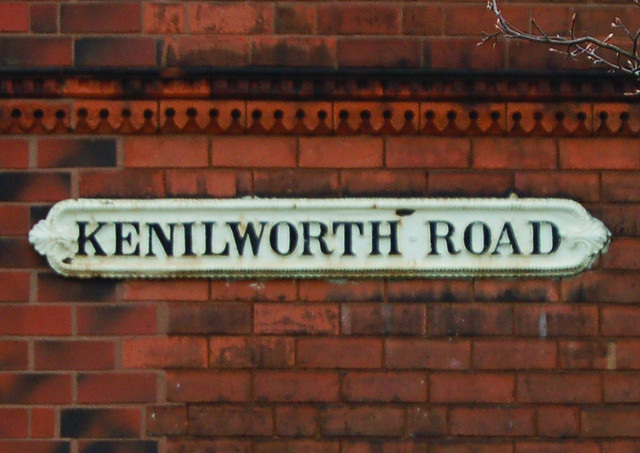 The shops nearer to our house were also interesting. The greengrocer was known as ‘Dick Turpin’, which gave him an air of untrustworthiness. As well as an apron, my image of him has a black fedora which I very much doubt a greengrocer wore in the late seventies in Aston, Birmingham. But my favourite shops were just along from the highway-robbing fruit and vegetable man, a chemist and a newsagent next to each other.

The two shops were laid out very similarly, and similarly to how many were laid out then but very few are now. Almost everything was on or behind the counter, stock piled on shelves without much regard to presentation. The other half of the shop would be bare floorspace given to the customer. On the counter in Les Rogers’s newsagent were sweets, chocolate tiered towards you tantalisingly: Fruit Pastilles, Mars Bars, and, my favourite, Munchies. Behind the counter was the newsagent and the best thing of all—a door to the shop next door.

Peter Rogers’s shop, a dispensing chemist, had very little of interest on the counter—except wonderful lollipops that were also whistles, jutting fruit-like from a lollipop tree. The shop went further back, a raised area with pills, brown bottles, paper bags and plastic spoons was the dispensary where Peter, balding and in his white coat would disappear to count and measure. The connecting door was always open between the two shops, and if Peter was busy with medicines his brother Les would pop his head through the doorway and tell you that you would be seen soon enough.

Normally both brothers would be chatting through the door, and across the counters—Peter leaning into the newsagents as that’s where people were more regular and more talkative. It was difficult, I was told, to ever quickly pop into the shops as there would be a rolling conversation that you would join. In fact it seemed almost to work the same way as the wrestling tag-team matches we would sit on the rug and watch on World of Sport on Saturday afternoons—a round of ‘hello’s to the incoming customer would allow a gap for a ‘well, I must be getting along’ from the last and they would step out of the ring. No-one was ever held in a full nelson, they were saved by the bell over the door of the shop. In pre-school and school holiday days I would go over at about 4:30 with my granddad for the evening paper and it never took less than half an hour. The Evening Mail would be folded over and placed back on top of the pile of copies on the counter, money would be handed over and change given back, but we wouldn’t be leaving any time soon.

I was a little scared of Peter, his baldness and his height—he was a good bit taller than his brother—probably combined with the more serious business that would be conducted in his shop made him seem stern. I was shy of both of them, but it was obvious that they were kind and that they enjoyed company. For some reason the door was a a symbol—I now realise—of openness.

Which is probably why the time the door was closed has always stuck in my mind. It seemed wrong.

It was a quick visit, for a morning paper and a comic, with my dad. We were off on the bus somewhere, somewhere we would have a wait. It may have been a hospital appointment, which would have been for my sister and in those days would have meant hours on scratchy plastic chairs with nothing to do or to look at. Les wasn’t talking as much as he usually did, so we didn’t stop long: or was it just that we were in a hurry? I don’t know, at the time it didn’t seem significant.

We moved house very soon after—I was about 10—not too far away and I never went into either shop again. So that time when Peter wasn’t there, when the door was closed, has been something I’ve often thought about. The shops are now gone, merged into one larger chemist, still serving the doctors’ across the road but now with aisles, commerce, and neon.

I can see Les standing sad. I can see his jumper stretched across his front, how it doesn’t quite cover all of the pale polyester shirt that is having similar trouble with the vest beneath. I can see a shadowed glimpse of the hall behind and the stairs that would lead to the living quarters of the building. I can see a Beano, my weekly read—price 4p—surname in the top-left hand cover in pencil, handed over to me. That places the memory firmly in time, but since going into the shop was so routine it doesn’t help me work out if it is a single moment or part of an onion skinning of the hundreds I must have. One visit to the shop built out of all those over years, the polished but dusty floorboards and the dark green gloss paint of the racks forever cracked with just one amount of wear.

Every so often I wonder where Peter was that day, I’d never known either shop shut when the other was open. I’d never known them both not to be casually industrious, in conversation if not in action. Because they existed only as a pair and only in situ—what did they do when I wasn’t in the shop? Was it the same thing?—I started to fill in the gaps. I knew, but didn’t know, that both were unmarried. I was confident that there was one flat above the shops where they lived together, despite that being unlikely given the structure of the terrace. And I knew that Roger was dead. If not right then, then from that point in my memory no matter when it happened.

It was obvious he’d been ill for some time, hiding it well but eventually succumbing. Lying in bed, breathing unevenly, he’d drift in and out of sleep and consciousness. A dining room chair, dark wood and padded seat, beside the bed. Les pulls it around and sits down, he reads a Daily Mirror. By the time he reaches the cartoon strips he’s made the decision. Neither Andy Capp, nor Jane, nor Garth, nor the Perrishers have any advice. Les is in the room with his brother, but completely alone.

There’s nothing on telly that night, the news, the Cook Report. Peter’s breathing stops. There are no racing tips that Les cares to follow. Peter’s back almost arches as a huge breath forces its way out. The sound is that of a struggle, and there is another one due. Les is going to help.

Folding the paper carefully, just as he would for a customer, Les places it on the dressing table. His newsprint stained fingers reach for a pillow. The pillowcase is crisp and white, but the pillow underneath is yellowing—the difference between Peter’s false teeth in the glass on the cabinet and his tired looking skin. Peter doesn’t strain again.

When the newsagent opens again after lunch, the first edition of the Mail arriving around 1pm, Les is back behind his counter. The shop next door in darkness. The door closed.

The shops were almost a mirror image of each other: the tills near to the connecting door, then the flap and swinging door in the counter, then counter, then the posters and adverts that all shops have. One couldn’t exist without the other, they shared a wall, leaned on one another.

By the time the late night final arrived the doctor had been called. Dr Bennett walked quickly across the road after surgery, still in his shirt sleeves with his stethoscope around his neck. To me the black rubber and metal disk was a soothing cold touch, it meant you were going to get better. But this time there was nothing it could do, there was nothing in the bag Dr Bennett carried either. Consolation and paperwork were all that could be offered. Les took both, but wanted neither.

Dr Bennett left. The bell rang for the final time and as far as I know no one else ever visited either shop, either brother, again.