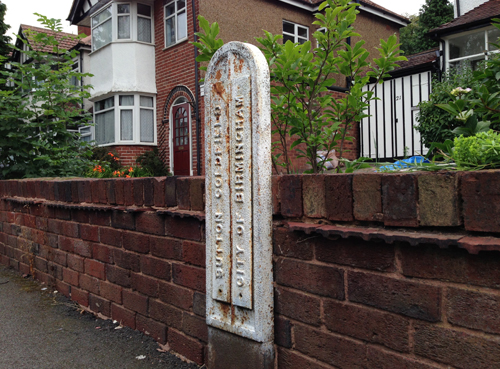 My wife’s great aunt* was born and raised in Sutton Coldfield. Growing up between the wars she and her siblings saw Sutton grow and change a great deal, eventually becoming officially part of Birmingham in the 1970s. The last letter she wrote to us when we lived in Erdington was, as was all of her correspondence, addressed to “…Johnson Road, Erdington, Nr. Birmingham”.

Sutton has never got over the idea that the edge of Brum moved from the Chester Road, B23 to Rosemary Hill Road, B74.

*Watch out for autocorrect on that one.