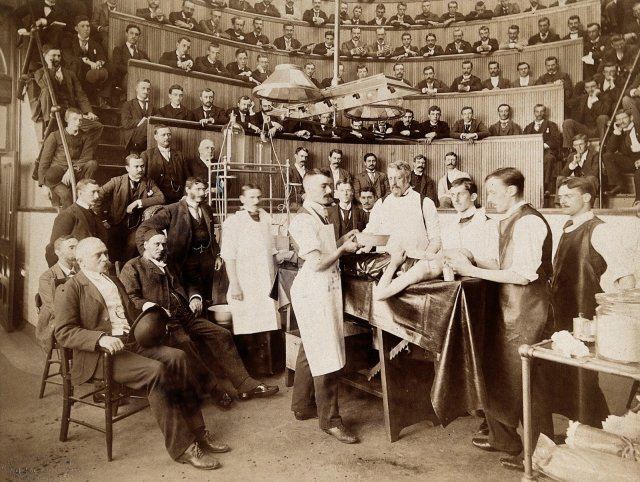 I can’t speak for other social strata or areas, but in a working class home in Birmingham if you ever start a sentence “I’m not a…” Dads in other rooms will bound over furniture and push small children out of the way to run in and say “I’m not a gynaecologist, but I’ll have a look,” and then walk away with a giant shit-eating grin.

As well they might if they knew of long time resident of Birmingham Lawson Tait. Lawson is known for a few things: his strong anti-vivisection views, his demonstrating the link between cleanliness and mortality rates before the theory was generally accepted, but, maybe most famously, he is known as one of the fathers of modern gynaecology. Lawson, born Robert Lawson, is responsible for pioneering a bunch of lifesaving lady bits operations and kick-started a field of medicine that has kept women healthy ‘down there’ ever since. Any friend of the vulva is a friend of mine.

He was also responsible for the appendectomy, so if you ever had to have a few weeks off school and got to eat ice cream to recover, you have Lawson to thank. Wait, that could be tonsils? Who knows? I’m not an otolaryngologist… but I’ll have a look

No, that doesn’t work.