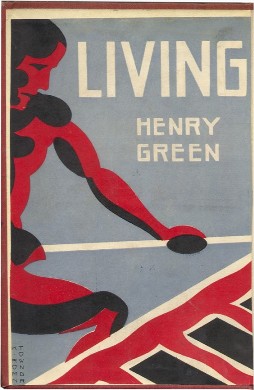 Standing in Tyseley, son of Mr Yorke, thought in mind and it seemed to him that these factories were beautiful and he reached out feeling to them and he touched them; he thought only in Birmingham now was honesty left for in the county and Oxford and Eton, in society, words were like sheep while here men created what you could touch, soft like silk, flowing without definite article, which would last, although not as well as those of contemporary Orwell or Oxford tutor C.S. Lewis.

He thought, he declaimed to himself, this was life to lead, making useful modernist novels that were beautiful, and glad for making them, which you could touch; but when he was most sure he remembered. He remembered how it has all been said before and experience of father’s bottling factory became basis for great work of modernism; first to use working class experience. And then what had been so plain, stiff and bursting inside him like pumps at Mermaid on Stratford Rd, died like fun at Acock’s Green Wetherspoons, and he felt embarrassed standing as he did in fine clothes.

Apologies to Henry Green’s great modernist masterpiece Living which is set in Tyseley.