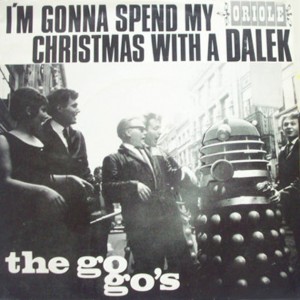 Way back in 1963, a children’s educational TV programme aired and not that many people noticed—they were too upset that Aldous Huxley had died (especially Sheryl Crow). It starred an old chap who pottered around the universe in four dimensions. But without a nemesis the story was going nowhere, he wasn’t much of a hero—what he needed was an evil race to battle—one that was flawless, except for the flaw that they needed a level floor.

But how would they perambulate across those even surfaces? They needed some sort of castor that kept the two bearing surfaces of an axle, fixed and moving, apart.

Luckily in 1876, in Birmingham,  William Bown patented a design for the wheels of roller skates which did just this…