Something something largest unsafe reopening of a Primark in Europe. We sent Danny Smith to die for capitalism. 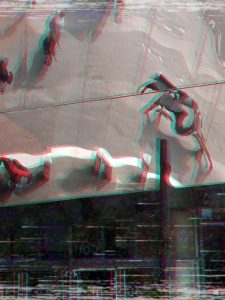 Her voice is mournful, an acapella lament closer to a wail than a dirge. I don’t speak the language but it vibrates with loss and a pleading sorrow. The lady has lines on her face chiseled in by the pain in her voice. She’s wearing a hijab and blue nitrile gloves. Another glove is stretched over the McDonald’s cup she is collecting money in. The cup sits in front of the empty crate she is sitting on, head back to allow the long notes of fragile misery to escape her body.

Opposite the queue for Poundland trails down the street in impossible perspective like an Escher print.

During the last three months I think we’ve all had the fantasy of when lockdown ends, a shared utopian vision of happiness in the streets, greeting our neighbours and strangers with warm hugs and handshakes. Sunlit pub gardens full of smiles, and cider with ice in.

But, on the streets of Birmingham City Centre this ain’t that. That’s just another thing we’ve been robbed of by a government that cares more about making sure their friends don’t lose profits than poor people losing their lives. The same party earns more from bequeathed donations than individual party memberships. Frankly put, dead old people are good for their bottom line.

The atmosphere in town is shell shocked, the shop workers flit between resentful scowls and desperate grins while the shoppers scurry under an invisible cloud of guilt and disappointment.

In my time I’ve seen shopping be many different things, it was a luxury, a treat when I was younger. In my teens people started treating it like a hobby, a facet of their personality like an artist, or musician, would their work, in my twenties ‘retail therapy’ became a joke that wasn’t really a joke. Now ‘live to shop’ isn’t a slogan on a teenager’s T-shirt anymore. I suspect because it hits a little too close to home. Now walking past the redtops at the newsagents Shopping isn’t any of those things, now it’s a patriotic duty.

Behind the doors to Grand Central at the top of The Ramp is a table with a couple of rolls of blue paper and two industrial buckets of hand sanitizer with condiment pumps in them. Each squirt of the pump is approximately a pint of sanitizer forcing everybody who uses it to walk away either rubbing their hands with the fury of Lady Macbeth or hands drying in the air like a just scrubbed-up chest surgeon.

Everywhere you look are signs, telling you to leave the proper distance, where to stand, to queue, which direction to walk. Nobody is really paying attention, and who can blame them? Not only have the messages from authority been fuzzy and contradictory, at best, but who looks at signs in a city? Years of mentally deleting insidious advertising and glossing over the visual noise renders most of the signage imperceptible. Maybe people don’t care. Maybe death by virus is just as bad as all the other deaths and threats. Or maybe they just don’t trust anything anybody says anymore. No one is wearing a mask really, apart from the teenage boys who have spent years being hassled for covering their face by the police as an excuse to stop and search them.

The queue for Primark is two metres apart, but snakes round like an airport check-in desk meaning that while the people in front or behind are outside the mandated distance, the ones either side could lick your face should they want. The queue for Sports Direct is depressingly long considering the very public apology that The Fraser group had to make for refusing to close their stores when asked, the sacking of its zero hours workers and the forcing of the salaried workers to continue working in less than safe conditions in their warehouses. But Boris tells us to shop, shop, shop why should we look beyond the clean windows and gaudy displays?

I’ve realised what the city centre reminds me of, no, not the easy Dawn Of The Dead comparison. It reminds me of Sundays in the city centre. Not Sundays of my youth when nothing was open, or those now when everything is. But the hinterland between the two states: when you never really knew what was open or when or for how long. When everybody would walk round waiting for the police to arrest the shops or god to strike us down.

The sad thing is, Birmingham in the summer, when the flowers bloom and the sun reflects off the buildings and people smile and rush and shout and laugh, there’s a machine gun beauty that hits your eye at 600 rpm and the whole place smells like anything but astringent alcohol. Birmingham then, is as good as any city in the world.

We were all waiting for the party after the end of the world, as this, here, isn’t that.