We normally use this intro to set up the article, to tell you why Danny is writing about what he’s writing about, but this time he raises the curtain on that himself. What we can do is say that even if you don’t find the idea of Birmingham raising its profile in the pornography-making world palatable, it’s a growth content industry and Brum becoming a hub for it is still ten times more likely than Andy Street persuading Channel 4 to do anything but tell him to go fuck himself.

Danny’s heart’s in the right place, even if that’s the last time in this article that a body part is correctly situated.

The thing about editors and sub editors is that they can’t resist a good pun and practically demand a well placed innuendo. It’s also worth noting that a it’s a weakness of mine that I like to occasionally give them one. The other profession that loves a good pun is pornographers with titles like Hard Brexxxit, Shaving Ryan’s Privates and Mike Whitby: Second Largest in Europe. I’m sure you’ve got your favourites.

WARNING: this column contains RUDE things and descriptions of willies going in and out of vaginas (amongst other places) if that sort of thing puts you off your seventh helping of leftover turkey, don’t read it, or do, I don’t care honestly.

Sure enough, in came the What’s App messages. 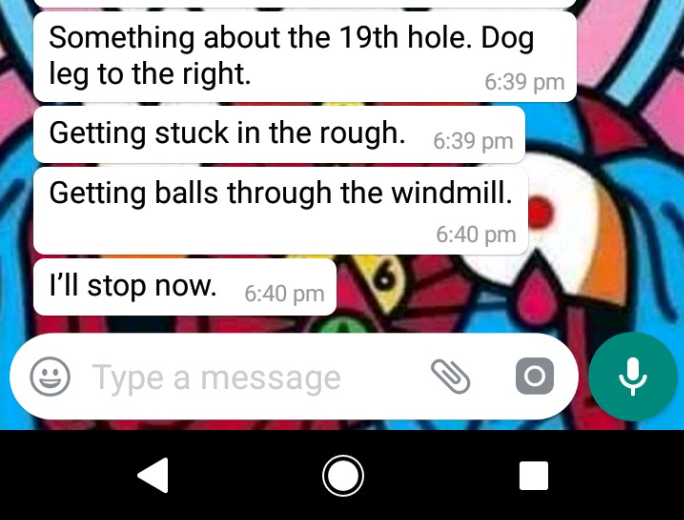 Title: Deep in the stacks

Scene: Sandy the librarian is dismayed to find the Capita contract she needs is too high on the Western Book Browse shelf and the library has lost all of its ladders, or never had them in the first place. Fellow librarian Michelle offer help but when Sandy climbs on Michelle’s shoulders the wrong way round Sandy’s decimal gets incredibly dewey, she lights up red and things escalate from there. Sex things.

Why: Well despite being overpriced and weird to navigate, the new library is a good looking building and a nice place to film, the flooring is polished and the signs are laminated so easy to wipe up, and the random opening hours means that there’s plenty of time to film when its closed.

Where: HMV in the Bull Ring

Scene: no one actually dies, but the air of doom hangs over the back of the store near the funko pops as two bored cashiers go at it like sedated jaguars batting around an old tennis ball, between packing the last of the stock in boxes to be sold off covering the bad debt foisted onto the store from whoever buys it next to asset mine the company.

Why: I like HMV (despite being caught shoplifting in the Solihull branch when I was a teenager and being barred from Solihull for years) and it’d be good to see the store getting some use, plus they need the money.

Where: Edwardian Tea Rooms at the Museum and Art Gallery

Why: They wouldn’t have to go far for a cup of tea and a spot of culture. I find the idea of nans having a scone where DP and a money shot was happening not hours ago, deeply funny.

Where: The Hot Sausage Company Trailer van outside Waterstones

Scene: When a young Muslim from the religious stand goes to get a cup of tea from a nearby hotdog van, he gets more than he bargained for when a sexy woman rubbing her boobs and whatnot invites him to the back of the van. She teaches him sex things and she learns that some sausage can be halal.

Title: The Topper, The Dandy and The Beano

Where: Nostalgia and Comics

Scene: while browsing the back issues cosplaying as Zatanna, a female comic fans is accosting by a dismissive male nerd, before he starts to mansplain DC’s rebooting of Zattana for the New 52 she gaffa tapes his head closed and stuffs him under the table so she can fuck his girlfriend who orgasms for the first time.

Why: Nostalgia and Comics is a Birmingham landmark and an incredible space. Also fuck gatekeepers. The staff at Nostalgia are lovely and helpful whatever your level of fandom.

Why: Three sets for the price of one, plus the lack of natural light makes it easier to light for film, and the tables are normally sticky anyway.

This winter was a disaster for the high street, and shop and stuff are important apparently. Use them, for something, or lose them. Even though I can’t guarantee that you’ll get noshed off/fingered (delete for preference) in any of them, I can say you’ll meet people, actual real human people. Informed knowledgeable people able to give you actual non-algorithmic recommendations in some of them.

Or you could just pop in to John Lewises and soil Andy Street’s Egyptian cotton sheets. Golf courses can go fuck themselves, suitably, as they are for wankers.