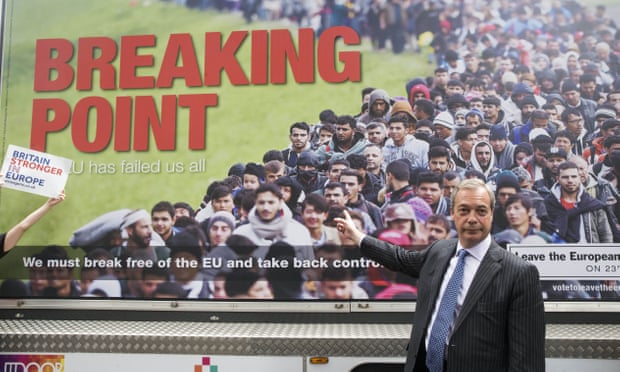 Yes, this hot take has taken two years. There’s been a lot to work out, and we’ve had our top team on it. In no way has this document been cobbled together from publicly available sources and Wikipedia the day before it was due.

You see, from the moment the vote was sealed it was obvious that Birmingham was responsible for Brexit — only one of the ‘core cities’ (big ones) to vote to leave, only place idiotic enough to vote for a Tory mayor, amnesiac as to where its previous round of redevelopment came from as it sucks up to the far east for its latest batch — but there had to be something deeper. For Brexit wasn’t just the vote, it was years of confusion and ignorance, it was the death of the fourth estate as a bulwark against the stupidity of our governments, it was rooted in how we’d essentially never really been a democracy, in all of the ways we’d assumed tradition was enough and didn’t write actual rules, all of those ways we’d let decency be our check and honesty our balance only to find that neither was real: that all had to be Birmingham’s fault.

We have assumed, based on not much, that we have the mandate to produce the goods. That has proven harder than we expected, but it’s definitely true. We’re going to focus on the real problem: democracy and how Birmingham and its founding fathers broke it. Let’s see who’s fault it really is.

Once upon a time, democracy in Britain was just about who had the most money – 214,000 people were allowed to vote in England and Wales out of a total population of 8 million –  and people who lived in cities weren’t the who. Then the industrial revolution (our fault, obviously) happened and money shifted a little bit. Geographically at least: the new metropolitan elite were rich, but powerless.

Some people started to get a bit agitated, including our first suspect Thomas Attwood. Tom was born in Halesowen and founded the Birmingham Political Union in 1830, campaigning for cities, and large towns such as Birmingham, to be directly represented in parliament. The BPU was at the front of lobbying the government for the Great Reform Act was passed in May 1832. This was after a period of riots and unrest known as The Days of May, in which the Queen apparently had a “fixed impression, is that an English revolution is rapidly approaching, and that her own fate is to be that of Marie Antoinette”. Yes, Tom harnessed the will of the people, threatened civil unrest and ended up winning a vote of sorts.

How wonderful the reform, how glorious that day: except that only middle class men got a vote. The man basically enfranchised the gammon-eating Brexit constituency.

Atwood then became one of the first two members of parliament for Birmingham, so didn’t quite get to scuttle off to Nice with his trotters up — he lived in Harbourne.

But an electorate of middle class men wasn’t the only prerequisite for Brexit, we needed a rugged belief in the superiority of those that live in Britain (except those on the island of Ireland), and we needed someone with a knack for dividing political parties creating a media storm. Step ‘forward’ Joseph Chamberlain, who like a very tall stopped clock was bang on twice in these respects.

A huge figure in Birmingham, Joe was the mayor who promised we would be “parked, paved, assized, marketed, gas and watered and ‘improved’” – building Corporation Street and starting a series of redevelopment works that we’re reliably informed will be finished at some point this century. Joe eventually reached national political heights: becoming a Liberal MP back in the days when that meant something.

Chamberlain was notable for his attacks on the Conservative leader Lord Salisbury, campaigning and talking up benefits of his policies for agricultural labourers, using a slogan promising “three acres and a cow” – which he paraded around the country painted on the side of a big red heifer.

He eventually resigned from government in opposition to Irish Home Rule, engineered a split in the Liberal Party split and became a ‘Liberal Unionist’, a new party which included MPs based in and around Birmingham.

Later, Joe became, Colonial Secretary in a government which was a fractious alliance of Conservatives and his Liberal Unionists and , according to historian AJP Taylor,  “inspired a new era in British Imperialism”. He loved expanding the empire and stealing bits of Africa and was nicknamed ‘Joseph Africanus’ (we’re assuming with the stress on the last two syllables).

AJP Taylor says “Chamberlain, it seems, was successful only in destruction, bringing ruin first to the Liberal, and then to the Unionist, party”.

He didn’t ruin Birmingham, but set the tone for the slow motion political and social car crash we’re in now. Winston Churchill, who worked with Joe when he himself was just a young trainee racist, said that Chamberlain was “first black, then white, or, in political terms, first fiery red, then true blue”. Joe even invented getting more right-wing as you get older, truly the father of Brexit.

So Birmingham is to blame: we gave middle class men the vote, gave them a sense of imperialist entitlement, and gave the media political splits to distract them from reporting on the issues.  And then we invented the pens the voters needed to make sure ‘they’ didn’t rub out the crosses on the ballot papers.

Brum won, get over it

Get 101 Things Birmingham Gave the World on Kindle or paperback. An ideal Christmas present, or leave it in your will (of the people).