We forced an AI bot to read all of Andy Street’s speeches – we couldn’t as we are blocked – and asked it to generate one. This is the first page: 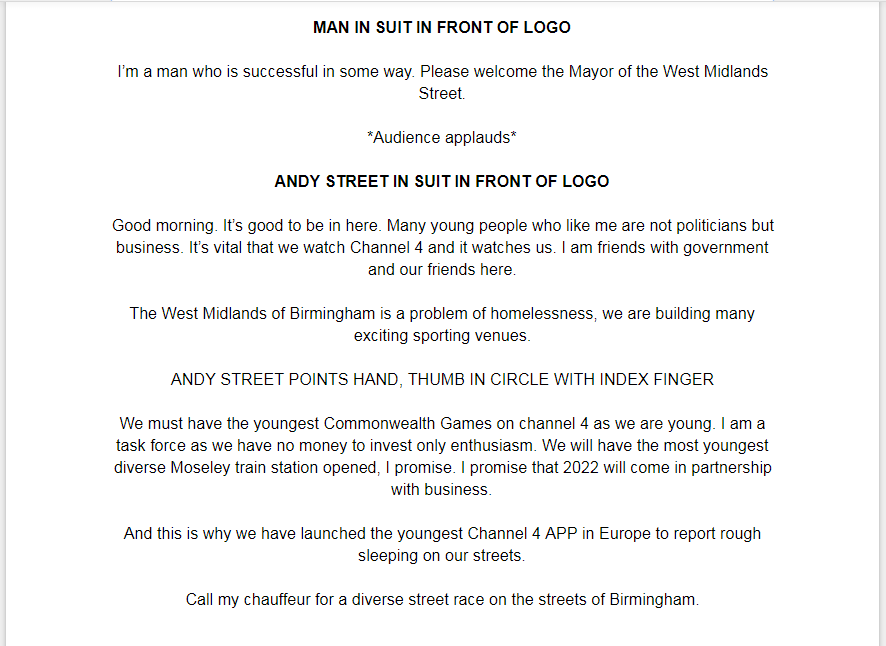