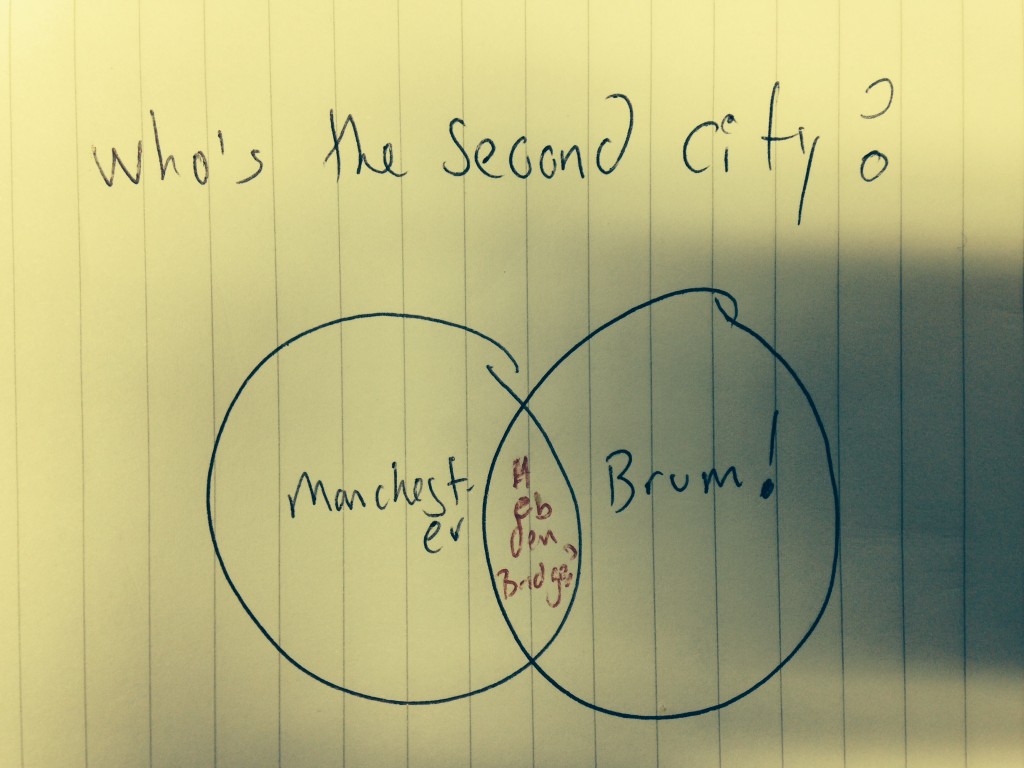 When we were a city of a thousand trades, we had men to produce thousands of words to tell the story. One such was Joseph Priestley who essentially didn’t ever shut up, producing hundreds of pamphlets and books on philosophy, science, religion and even grammar. But that age of voluminous reason is long gone: our civic leaders now find it difficult to work out that people are unlikely to pony up £35 for having their grass cuttings taken away. They also are more likely to speak like internet cats.

Numbers and facts are hard, so it’s lucky that the power of a thousand words can now be delivered so easily by: pictures of toilet signs at different sizes, circles overlapping, and maps — all laid out like a pastel-coloured ‘30s variety bill poster.

In short, thank heaven for the infographic. Or, thank Birmingham rather.

For you see, Joseph Priestley was not just a writerly polymath but completely lithographically incontinent — and in 1769 he published A New Chart of History in which:

“the horizontal line conveys an idea of the duration of fame, influence, power and domination. A vertical reading conveys an impression of the contemporaneity of ideas, events and people. The number or density of entries . . . tells us about the vitality of any age.” 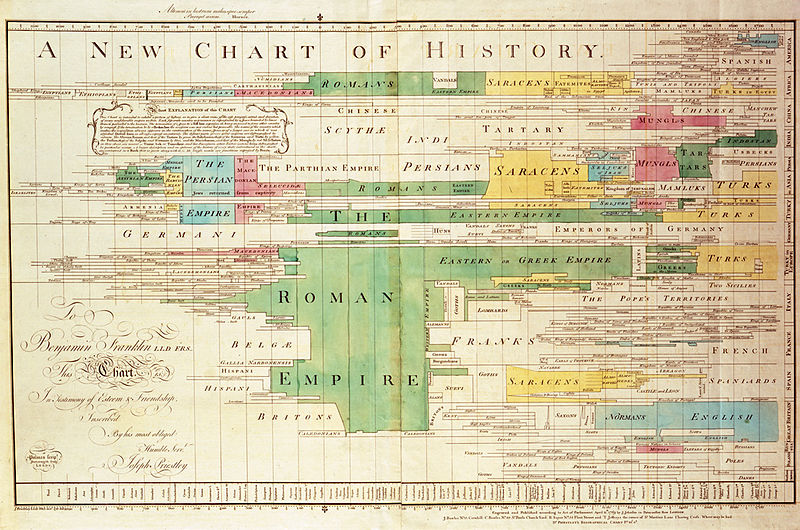 That’s a clear as it can be, without being in a skyscraper-format GIF and put on Facebook.

And that’s how Birmingham invented the infographic, saving the future communicators the bother of having to work out coherent sentences to put on the Internet. If only Birmingham had invented the Venn diagram too.

Or perhaps it did, stay tuned.

A New Chart of History via Wikimedia , Venn diagram off of all of the Internet.