For a time, this was an allowable method of attempting to staunch the flow of disappearances. But it soon extended much further than one shelf of the ‘D’ sequence. In fact within a year everything was gone.

This is the story of that encroaching nothing. 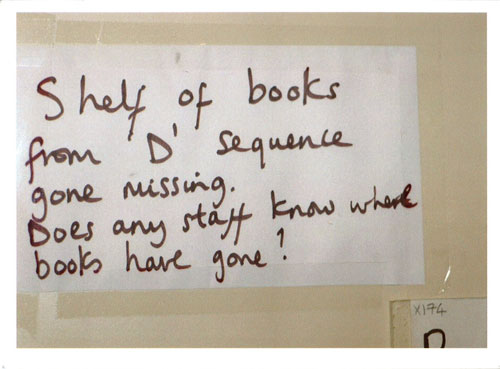 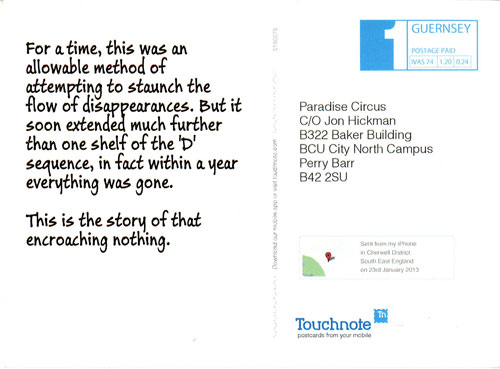 So what happened next? Add to the collaborative story with the next steps.

Answers on a postcard to:

Try Touchnote as a quick and cool way of sending them.