Birmingham’s new motto seems to be ‘fuck it, put up a statute’. The latest is Tat Vision’s immortalisation of the ‘Four Lads in Jeans’ outside All Bar One.  Tim Mobbs is ready to defend it with his life and discovers a new awful discourse at Grand Central. 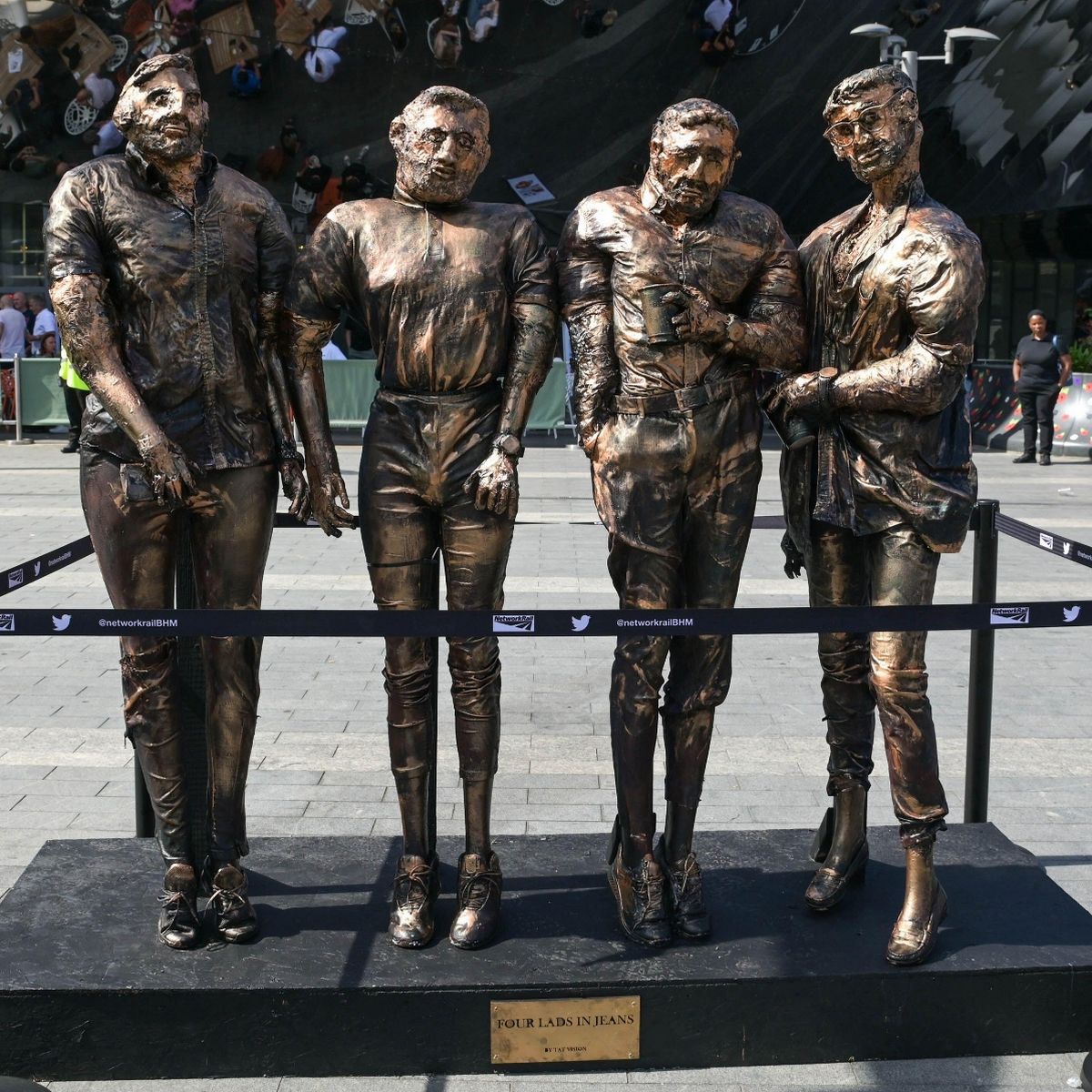 At the dawn of the 2010’s, I was in my early twenties and knocking out 80,000 word dissertations and contributing bits of writing towards various music publications on the internet. Even back then, over a decade ago I knew that the idea of pursuing journalism, or indeed writing longform in exchange for money, was about as far-fetched as becoming a pop star. Like the music industry, it was obvious that the trade (or at least the idea of it being an accessible career path) was dying, if not dead already.

Even after the Brexit referendum, when half of the population seemingly snorted cocaine off of a toilet in Wetherspoons and the other half smoked the kind of weed that makes you think writing “cockwomble!” on a protest banner is both hilarious and worthwhile activism, writing about anything seemed futile. Everything was too nuanced, people’s attention spans were too short and nothing seemed like it was worth fighting for. That was until I saw local artist Tat Vision’s statue, Four Lads in Jeans, unveiled at Grand Central. Or, more accurately, when I saw the online response to it.