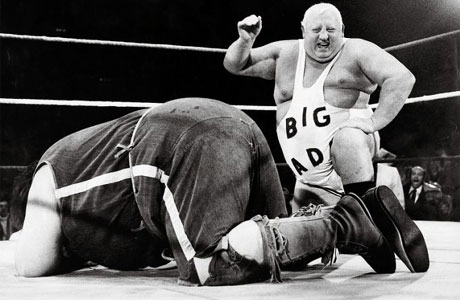 It’s Father’s Day (or Fathers’ Day? I can never remember where the apostrophe goes) in a few weeks time, which means that the petrol station forecourts are dusting down the point of sale unit for that staple gift: the dadsploitation album.

It’s a NOW album but from THEN, a compilation that makes no real sense except for the fact that it is MUSIC TO DRIVE TO. Because we all know that dads love cars and dads love driving but most of all dads love driving in cars listening to classic rock. And who can blame them? After all, few things are as exhilarating as blasting Thunder Road at full volume whilst stuck on the M6 somewhere near Stoke.

In a way Birmingham invented the dadsploitation album, by way of inventing the petrol station as a place for forgetful children to panic buy gifts and milk and sometimes petrol.

All of which is a clumsy way of saying it’s time for you to buy your old man a copy of 101 Things Gave The World — from Amazon or from B-Town stockists Library of Birmingham, Symphony Hall and the Coffin Works (they won an award last night, you should go visit them).

Most people liked it but just in case your dad gets upset by the inaccuracies (we call them “jokes”) or finds chapter 23 awful we’ll throw in a free dadspolitation album packed with 101 of his favourite Brummie driving tracks.

You’ve got to laugh, or else you’ll cry. If you’ve seen the Internet then you’ll know that the UK’s political landscape now looks like Maggie. 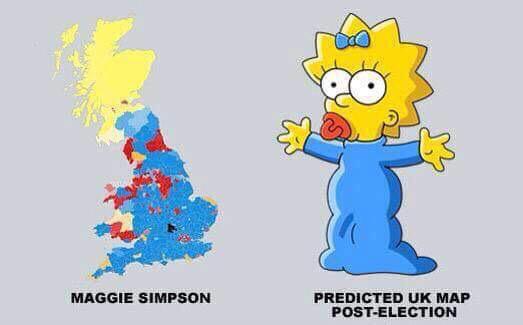 The cartoon character, as well as the right-wing icon of hate. 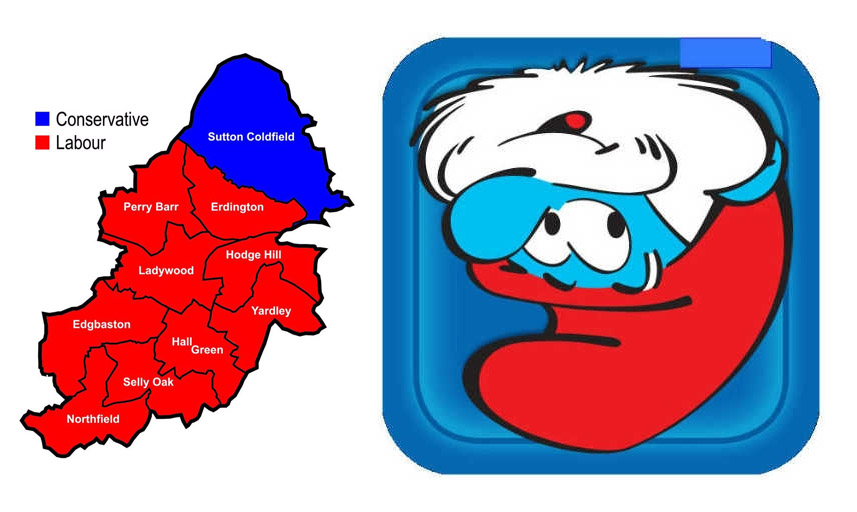 Like Papa Smurf’s head, upside down. If you squint. A lot.

We’re betting the locals will be similar, perhaps with a touch of jaundice.

If you like your jokes live, come see our show at MAC, 21st May.

In B-Town the streets are paved with food: that’s why modern-day Dicks are walking from London to seek their fortune. But they don’t really have seem to have heard of plates.

We don’t want food made into a mockery
So please be vigilant — always carry crockery.

END_OF_DOCUMENT_TOKEN_TO_BE_REPLACED

It’s a perfect storm, and it spells doom for the old Cadbury’s but not for chocolate.

It was inevitable that “they’d” say that Brummie chocolate makers were slow and lazy and needed some shaking up, and so now they have, with Cadbury-Kraft-Monorail or whatever they’re called announcing that they’re getting rid of 200 chocolate makers from Bournville over the next two years. And they’re shoving 100,000 sheets in their pocket on the way out the door.

The day before this we found out that the bastards changed the Creme Egg recipe too, and that’s caused an almighty stink. Turns out we sold the farm and it’s all gone wrong.

Well here’s a thought. There are 200 people leaving Cadbury’s with £100k each. That’s a small battalion of Oompa Loompahs with £2million between them, turfed out onto the street right next to Stirchley, the pop-up food centre of the universe, where the rents are cheap and the confidence is high. If just one of them set up an artisan chocolatier we could be on the way to recovering our heritage. £100k must go a long way in Stirchley. This could really work. Imagine if they teamed up. Real Creme Eggs, real chocolate, owned by Brummies and nearer the pubs. I give you: The Chocolate Quarter.

Down the road in Bournville, they’ll whither on their vine, cutting corners and costs and hiding behind their brand but in Stirchley our rough diamonds will bring the romance back to Milk Tray.

AFC Cadbury: real Roy of the Rovers stuff. But with chocolate.

When Fox News rented a quote on ‘creeping sharia’-like issues from terrorism ‘expert’ Steven Emerson he duly provided by saying, amongst other things, that there are

Brummies, Brits and other onlookers, following the script of the Twitter-storm, kicked out against the inaccuracies in Emerson’s argument with the most visible content coalescing into the Twitter hashtag #FoxNewsFacts.

Whilst I didn’t join in it was nice to see my Twitter streams alive like this as it’s felt like a long time since my particular network had come together in play. You see I’ve felt for a long time that Twitter is different these days (that is: it’s a bit boring these days) but for a few hours last night it could have been 2009 again: Twitter could be fun again. Nobody was selling me anything or live tweeting their way through TV shows I wanted to watch later; everybody was sharing, creating, and pushing back at the folly of an auld enemy.

But then feelings of doubt came to me.

END_OF_DOCUMENT_TOKEN_TO_BE_REPLACED

Everyone else is doing a ’15 for 2015′ listicle so why can’t we? Here’s the 15 best brummies who have really let themselves go.

END_OF_DOCUMENT_TOKEN_TO_BE_REPLACED

It seems that Bob Kerslake isn’t put off by the threat of Albert Bore levelling a £100 fine for leaving a bad review. Bob prefers small ’boutique’ council austerities we hear. 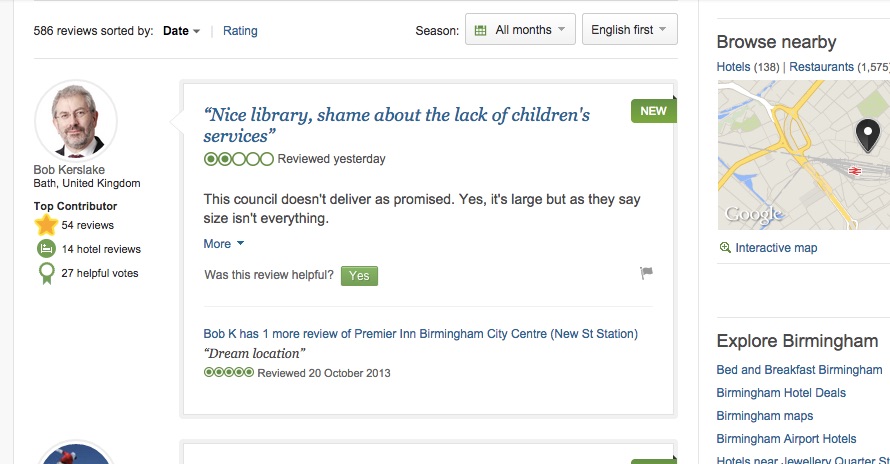 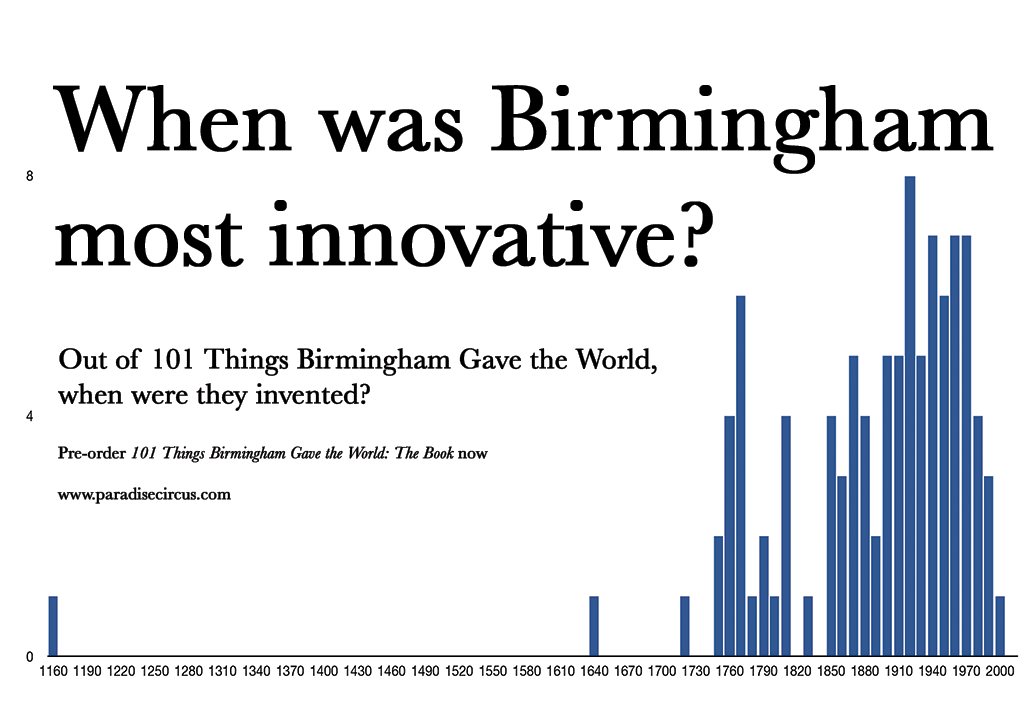 We analysed the years of the invention of all of the 101 things Birmingham gave the world in our forthcoming book, counted them up into decades, and made an infographic (invented in Birmingham of course – in 1769).

When was Birmingham most inventive? The 1920s.

Find out why: pre-order the book now (released on 12 December).

Sutton Coldfield is abuzz today with people asking if this piece of graffiti is a genuine Banksy, and others saying “don’t be fucking stupid why would he do that on the back of the Bank of Cyprus?” and yet others saying “You what love? Graffiti? I don’t hold with that sort of thing” and then banging on about when Birmingham took over in the 1970s.

Banksy is a street artist known for producing politically provocative pieces in a distinctive style that can be easily reproduced. If this is a Banksy piece, just what does he mean by the image of a peace dove flying towards a small child playing volleyball? Is it a comment on Sutton’s struggles for independence, like when he did a bit in Palestine?

How well do you know your Banksy from your pranksy?

In our super picture quiz we ask how well you know street art by asking you: is it a Banksy?

Here are six pieces of street art from around Birmingham – some better known than others – the challenge is to guess which one is a Banksy. Click reveal for the answers. 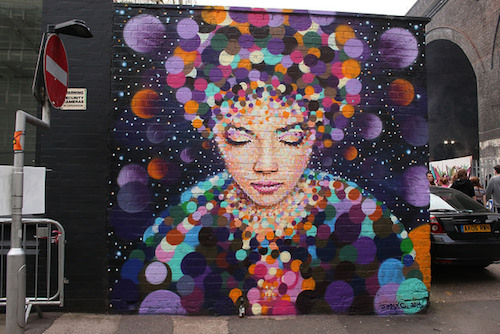 END_OF_DOCUMENT_TOKEN_TO_BE_REPLACED

In our super picture quiz we ask how well you know Birmingham’s landmarks and whether you can recognise them from an image taken from Google UnderEarth and at least six foot under.
Here are six famous Birmingham buildings and sites – some better known than others, the challenge is to see how many of these landmarks you recognise. Click reveal for the answers.

How many of them did you get? Tell us with the hashtag #brumfrombelow 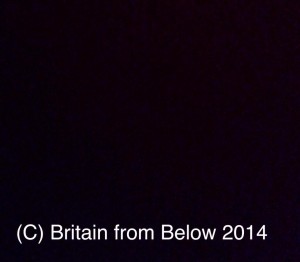 The Lord Whitby Room at the new Library of Birmingham, with the Lord himself sitting in residence. Taken from three floors underneath, if you squint hard you can just recognise Mike himself with his trousers round his ankles.